CEO of Telsa Motors has announced they are releasing their patents to public, providing they’re to be utilised in good faith.

This could prove a big change for the industry, and could serve as a big nail in the coffin of petrol-based cars and profit-hungry oil barons.

Do any of us have a more qualified/experienced opinion of how this may be able to influence our auto industry and market?

damn beat me, this is totally rad though.

Opinions I’ve seen vary from glowing positivity to ‘Tesla is making a play to be/control the standard’. The latter makes a heck of a lot of sense in the context of the Supercharger network.

Those holding opinion of then wanting to be quasi control freaks
perspective would only hold this as valid if Telsa were to cry fowl if
someone reinvents their “wheel”, or motor in this case.

I personally wouldn’t mind if they set the standard, as long as they don’t
commit to anti competitive behaviour ala Apple. Hardware unification is the
one thing I like about Apple when it comes to product support.

Unless they commit to some sort of standards alliance with their
competitors, someone (company) is bound to set the standard one way or
another, and the rest of the market will follow, which is what they are
trying to achieve, market interest stimulation.

This is now on the “Patent Wall” at their HQ. Tweeted 2 days ago: 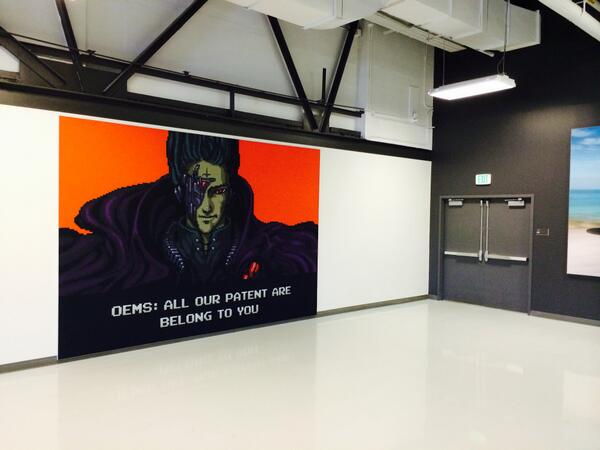