Designing Open Democracy - Strategy and Planning for this meetup group (Meeting on 17th of November, 6:30PM)

Since we had a special presentation on Citizen Juries last time at Designing Open Democracy, it’s now time for discussion on the short to medium term future and direction for this group. As usual, if anyone is in Melbourne, we would encourage you to come over to help suggest ideas on topics to cover over the next few months. 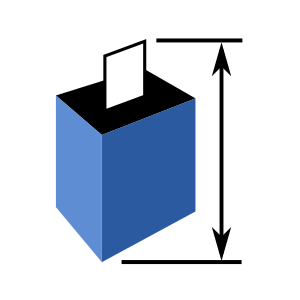 Fri, Nov 17, 2017, 6:30 PM: Hi everyone,Brian, Christian and I will be planning the short and medium term future for Designing Open Democracy - the key question will be how to best advocate for intera

If you are not in Melbourne but still want to attend, just let us know and we can try to get you in via video conferencing via Skype.

This is the recordings of our last meetup event on Citizen Juries. This is a good example of some of the topics we prefer to cover.

We have yet to work out a good podcast hosting place. But here is the podcast link from google drive. (Previously a rough cut is posted here as well, but this is V0.6 is updated to tighten up the introduction and various parts of the podcast for easier listening).

I’m going to have a 5PM dinner somewhere close (I don’t know where exactly) in case anyone wants to join. I think that some other Pirates might be able to make it too. I’ll put out some comms in case anyone else is interested.

Thanks see you then as well. It’s been a while since we had a Melbourne pirate gathering after all, so this is a good idea to catch up as well.

How’s this for a mail out?

@mofosyne There isn’t a particular guest limit to Designing Open Democracy is there?

Draft looks good. It’s an 8 person room but can upgrade to a 12 person room, depends on how many wants to turn up.

It’s more of a planning meeting than a full on discussion on a theme, but it will give people an idea where we are heading over the next few months. Hence having a few input would be great.

alright, just hoping that by sending out the mailout you’re not going to get 50 people and get overloaded. it’s been approved and going out to VIC by the way

I’ll be there, for the 5pm dinner as well.

Attended Congress. Would like to attend both 5PM dinner and 6:30PM discourse.

This constitutes RSVP for 5PM dinner. Please approve if possible.

Some thoughts on decision making:

Slider scale in 100% FOR and AGAINST

Distinction between GO AHEAD and GO AHEAD with disagreement.

Some thoughts on Project Management:

Also it is hereby posited that absolutely nothing can be achieved if DNS is not handed to each country’s NSA when fancy use cases expire.

HI Annit, I remember meeting you at Congress

No need to RSVP for the dinner, just call/text me for the location at the time, and hopefully the Open Democracy guys can find room for more attendees

Where may be the dinner? Currently outside Melbourne library.

Friends, rum, countrymen, please be advised that if investing in Australia only products especially in the superannuation, the portfolio may have shrunk by upwards of 40%; and one is not aware because one is only given the AUD figure.

This figure (40%) is sketchily derived from the 1.10 to 0.7 USDAUD currency pair ( note the lack of plurality in the word pair )
‎
Not only is it protectionist and unpatriotic, it is unaustralian to take 1.3 Trillion Australian GDP dollars out of Australia every year. However it is perfectly acceptable to store one’s own funds in 10 currencies. Because as reponsible international netizenship one must simply hedge ( see above ), travel well, and possibly trade and learn from local and international entities. Another demographic is small business, who regularly ( or only trade in foreign currencies, that being no manufacturing here), again who benefit from multiple currencies. Absolutely no reason to worry about multi citizenship issues, as one is proudly citizen. Stated objective is international/internet/multi-currency? availability. In at least a meta sense. ( Recall ‘Guardians of the Internet’ note )

Please ask the United States to inquire about what business practices were put in place in guise of the war and to question the illegality of keeping those practices in place forever, including and not excluding using the judiciary as a weapon. I’ve got a legal letter from United States for an MP3 I heard. I call that an illegal letter.

Also fines are to be dished out to states of nations. Unenforceable by law. It is not a currency in itself.

Neither are get rich automation schemes. If you paid abnormal sums of money to fake a King complex and did not respect engineers during and more importantly 5 years after that when the technology needs and upgrade and your competition has 10-100-1000x lesser incidental costs then don’t go running to mafia stating that it is your right to sit on customer accounts.

Distributed identity and distributed certificate signing is here to stay.

Bank should be zero cost, it’s just addition and subtraction. Instead it is 40% of our economy ( not even employing but just exporting GDP to non Australians ).

Give all the bank accounts to the reserve bank and insure the deposits and perhaps even pay to use that money for your own nefarious purposes ( with insurance for the individual whose money you have taken ).

Create a flat monthly fee with varying interest rates ( what is that ?? as if you help around the house ) charged within the flat monthly payments.

And you get audited for the number of customers you transfer out well.

And not more than 5 years in one bank for the mortgage.

As far as I can see the cost of running the war is to open source all the military grade algorithms and coders.

I don’t care much about their sorry attempts to encrypt or to prevent encryption, in the name of a kingdom. Open source simply renders all oligarch wannabes irrelevant.

The probability of assembly in that sequence can give full source code. Please release that now.

Also we have no option but to have these ten jurisdictions as research can only be conducted in a facilitative legal and political environment, that is not tasked with just lying.

The lower half of this is just a rant.

I cannot see the connection to Open Democracy in what you write.