Wikipedia, the Australian Digital Alliance (ADA) and Electronic Frontiers Australia (EFA) are running a campaign to promote introduction of Fair Use in Australian law.

This seems right up our alley. Head over to the link above to help out by sending an email to your local rep. Let me remind you that part of our platform is:

Once you do that, come back here and offer an opinion about weather PPAU should publicly support this campaign. I personally would have liked to see us right up there alongside Wikipedia, ADA and EFA spearheading this campaign. Maybe they would still let us join?

If not, I think we should at least put out a press release praising the effort. 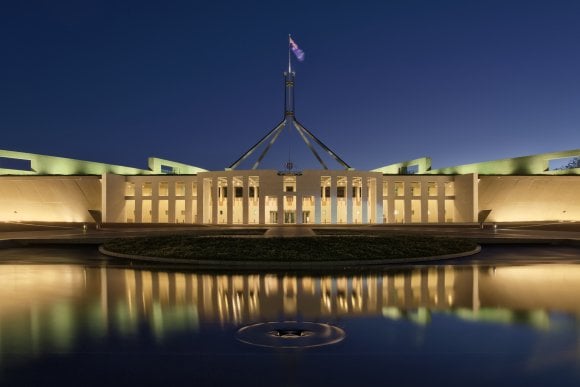 r/australia - We are from Wikipedia, the ADA and EFA. Australians want fair...

We should definitely support the campaign. I suspect that they won’t want us on board because it is aimed at political parties in parliament, they have said as much when we have offered to work with them before. That said, it could be useful to approach them and ask anyway. The National Council is holding a strategy meeting this evening (on IRC) and I will raise it there.

Not entirely sure what benefit we would get from a press release other than the shares on social media (which we can get by directly sharing the links), the media isn’t likely to cover our opinion of someone else’s campaign unfortunately.

Not entirely sure what benefit we would get from a press release other than the shares on social media (which we can get by directly sharing the links), the media isn’t likely to cover our opinion of someone else’s campaign unfortunately.

I just think that PPAU should be officially on record as an organisation supporting this. If there is a better way of officially throwing PPAU’s support behind it other than a press release, then let’s do that instead.

I got a response:

Thank you for your email regarding the proposed introduction of a ‘fair use’ exemption into Australian copyright law, which has been recommended by the Productivity Commission’s report on intellectual property arrangements in Australia.

Labor has acknowledged the rigour and depth of research that went into this inquiry, involving over 600 submissions, four roundtables, and six public hearings.

I am a representative of an electorate with a significant arts and creative industries community, and so I support a copyright regime that strikes an appropriate balance between the interests of consumers and the rights of arts/creative producers.

Let me also point out that we don’t currently see copyright actions being taken in Australia in relation to forwarded emails or social media ‘memes’, and there is already an existing fair use provision for schools. So if it’s in relation to these matters that you believe ‘fair use’ needs to be introduced, then there really isn’t a problem that needs to be fixed.

Any proposed changes must consider the importance of creators owning the work they create and being able to derive a benefit from that work, in addition to the public benefits that exist in having access to creative works and innovation. But we should be clear that unless artists and other creatives can undertake their work on a sustainable basis, there will be no ‘content’ – and this is especially important in a relatively small market like Australia. On that basis I am inclined towards a precautionary approach; one that doesn’t risk the livelihood of artists, or the health of our creative industries as a whole. Arts production involves an enormous amount of value that cannot be measured in dollars and cents, and shouldn’t be solely considered in terms of economic efficiency.

The Productivity Commission’s report was tabled in Parliament by the Treasurer, Scott Morrison on 21 December 2016. The Government’s consultation on their response to the report closed on 14 February 2017, but the final response has not yet been released. The Attorney-General, Senator George Brandis, has a terrible record. In the last parliament he promised an ambitious modernisation of the Copyright Act that would be “a thorough and exhaustive exercise in law reform” in response to the Australian Law Reform Commission inquiry that the former Labor Government commissioned. Yet Senator Brandis and the Turnbull government are yet to respond to that report, almost three years later.

Again, thanks for writing to me on this important issue.

I received a basically identical response from Labor’s duty senator for my electorate.

Also, got a response from Scott Ludlam.

Thank you for your email to me and my WA colleague Senator Rachel Siewert regarding Fair Use. I am pleased to respond on behalf of us both.

The Australian Greens have led the push for a Fair Use provision in Australia. I introduced a Fair Use bill into the parliament in 2013. After considerable consultations with creators, rights holders, audiences and institutions, we’re confident that we found a balance that will enable creators to be paid for their work without restricting reasonable use of content by libraries, universities, and schools.

The public should be able to back up their home media library, or post a video of their kids with a film playing on the TV in the background, or use an app to find out the song playing in the café, without breaking the law.

Technology is changing too quickly for the current “legislated mechanisms” that only allow use of copyright material in defined situations (“fair dealing” exemptions) to keep pace. It took 26 years for an exemption for VCRs to pass parliament.

We need to change the foundation of the law to a principle that examines whether use of copyright material causes the rights holder any material harm.

This is fair use, and this is what the Greens will continue to advocate for.

Thanks for getting in touch. Please look for our Fair Use campaign this year, and help us bring a modern and fair copyright framework into law.

If you would like to keep in touch with the work the Australian Greens are doing on this and other issues click here to subscribe to our emails.