If any one ever refers to me by using the CIA Term 'Conspiracy Theorist then be prepared for an epic intellectual exchange whereupon I will take you to task in detail. That being said, I completely agree with Alex’s assessment. It is a Zero Sum Game. There is nothing to be (politically) gained by raising this issue in any public forums.

However, within our own forums, I believe that we ought to be a bit more forthcoming and frank with each other. I say, no matter what we may think in private, it would be overwhelmingly suicidal to ‘make it’ a public issue.

Insofar as the published reports & articles above - including the assessments made by my fellow Pirate Party members (as to fire). I reject the lot it - with the deepest respect to all.

There is nothing to be (politically) gained by raising this issue in any public forums.

However, within our own forums, I believe that we ought to be a bit more forthcoming and frank with each other

These forums are public.
Anybody with internet access can read this.

Unless I am entirely mistaken, I believe the military base in Pine Gap is key infrastructure for mass surveillance in the global “war on terror”. From memory it was Snowden’s docs which proved this fact. Pre-Snowden it was dismissed as conspiracy theory or nuts. Data collected here is used to kill people without them ever being captured, charged or sentenced. Including young children and people who just happen to be in the wrong place at the wrong time. I am sure that as Pirates, most of us are aware of these realities.

If you ask me, questions like “Why are we at war?” are entirely relevant to Australia’s international politics, and thus Party discussion.
I will not refrain from asking uncomfortable questions related to Australia’s participation in overseas wars, no matter how taboo they are in society. People’s lives are at stake.

People research this topic of 9/11 “Was it fire or explosives?” not because it is “fun”, or “historical”, but because it is highly relevant to current affairs.

I myself do not know the truth of the matter, I have not done a scientific computer model of the collapse myself, and all models that are out there, including the NIST ones, have not to my knowledge been peer-reviewed.

Nevertheless I will only stop quoting engineers who actually are qualified to answer some of the technical questions raised above, as soon as people stop calling their work conspiracy theories. They are scientists and engineers who have every right to make up their own mind about how skyscrapers collapse without being pressured by government narrative.
I for one will be watching how this progresses: http://ine.uaf.edu/projects/wtc7/

Is it really that controversial to say that we might not fully understand 9/11?

Then you will note that I have not raised this matter nor elaborated on it.

Yes, the stuff by Dr. Daniele Ganser is interesting stuff - an echo of the sort of analysis done in the US by Noam Chomsky and others, but with its own interesting slant.

Ganser’s analysis of the ridiculous record of the US claiming to “support democracy” in the region is however a good one. I was aware of the West’s intervention in Iran. But, equally, these days Saudi Arabia and Iran pursue their own agendas, it’s not like the Arab nations were entirely passive agents at the mercy of the West, either.

agreed. But are you aware of the origin of the Gulf State kingdoms and the history of the political and trade relationships between the UK, the US and eg the Saudis?

While you can see the mess that US corporations have made, extracting oil with no benefit to for the general population, it is also possible to for local dictators and elites to grab oil wealth and have money pouring into the country with no benefit to the local general population - local dictators, not US puppets - independently arsehole people in their own right without a US adviser or diplomat in sight.

yes but one does not always exclude the other. In the case of Afghanistan it is often the local politicians and their friends and family members who benefit from corrupt trade deals along with the foreign corporations the deals are made with. but you’ve already seen my post with the interview about kleptocracies:

Still, not all dictators have been evil either - take Mossadeq for example.

Hope your show went well. If there is a published recording I’d like to know, as I didn’t get up at 4am Europe time to listen to the radio.

Sorry folks for getting a bit defensive before. I’m just a bit allergic to the term conspiracy theories. I’ve witnessed first hand the damaging effects that term can have unfairly on someone’s reputation, although in a different context.
I really don’t want to focus on how the WTC came down, but rather on how to end these perpetual wars, or at least Australia’s involvement in them.

"I think the 9/11 conspiracy saga is a complete waste of time and energy in the pursuit of a pointless delusion. Occam’s razor dictates here, in my opinion. There was clearly stated intent and motive by al-Qaeda prior to the attack. ",

“The US did not steal Iraqi oil when in occupation”, that is rather odd statement. Not sure what does it mean? Can you clarify? You mean, Iraqi people, per person got larger share of oil money? US multinationals were not given full access to oil?
Have you or any person that you know of audited any of your statement?

please provide reference for: “was clearly stated intent and motive by al-Qaeda prior to the attack”.

Page 1 of google. US warned of Bin Laden attack prior to 9/11 Bin Ladin Determined To Strike in US

Bin Ladin Determined To Strike in US was the President's Daily Brief prepared by the Central Intelligence Agency and given to U.S. President George W. Bush on Monday, August 6, 2001. The brief warned of terrorism threats from Osama bin Laden and al-Qaeda 36 days before the September 11 attacks. The President's Daily Brief (PDB) is a brief of important classified information on national security collected by various U.S. intelligence agencies given to the president and a select group of senior o...

Before 9/11, only a few dedicated law-enforcement and intelligence agents understood the enormity of the terrorists' ambitions. And they had a hard time convincing their bosses.

assuming it is true, does it make them definitely the culprit?

assuming above is false, that is Al-Qaeda were not the culprit, does it make it an internal job?

which authority has assessed who was the culprit?

I dont know, off the top of my head however, there is the world’s media and a thousand academics who have written books on the topic.

insulting others and stating how much you believe in a statement and how stupid your opponents are is not a scientific way of getting your point across.

My point is simply that 9/11 theories not based on hard evidence have very little utility for a contemporary Australian political party.

Let us go though the items one by one.

I’m really sorry Adel, but i’m completely bored with this. If you have hard evidence that al-Qaeda did not carry out the 9/11 attacks can i suggest you present the evidence, write a book and change the world. I’ll happily read it and change my mind.

Well, there is no such evidence one way or the other.
In my understanding there are heaps of organizations that have the motive but none with the capability. Again, I am not the one claiming anything in here, you said you absolutely believe in “x”. I am claiming that your strong believe is not substantiated with hard evidence. Rather my humble claim is that it is manufactured through media repetition.

Well, there kind of is evidence, one way or the other, isn’t there. As in, someone claimed responsibility. That’s a confession, uncoerced, so…you’d need to explain why this is not true.

If i could post a facepalm emoji, i would.

Well, we have so many fights that we agree on. Let’s say clean campaign financing, tightening regulations on banks, among others.
In this case, we are talking about an ‘organization’ that neither of us have any information on. Neither of us are experts in understanding fake vs real evidence, neither of us speak Arabic and there is incentive for every media organization to lie about. FYI I have Masters degree and I am not trying to pick sides, rather in my humble understanding, media is grossly misleading and do not trust a word of what media says.

Who do you trust?

First let’s examine this one. In this video, I do not speak the language that is given, I am not sure who put the audio on the video. I stop there, not forming any opinion.
Media is known to be lying about matters, another example:
Russia interference in the US election. You can turn on TV and there is overwhelming ‘news’ on it, when you scratch the surface, nothing comes up. Again if you believe otherwise happy to discus that in a separate thread. In fact, that is much easier for me because all the ‘evidence’ are in English and we can easily cross examine.
More reputable sources such as universities are much more believable.
I am expert in computer science, I fairly strong grasp in linear algebra and statistics. I can cross examine for example evidence on Cigarette or alcohol on overall health. In this case, the answer is overwhelmingly there is negative consequence. I can cross examine ‘evidence’ of homeopathy, the answer is that there is no evidence to support effectiveness of the practice.
I try not to form opinions on matters that I cannot cross-examine.

So you do not trust any media because ‘it is known to be lying’?

How do you get your information about what is happening in the world?

What is scientific thinking?

So … I support your drive for an evidence based discussion.

Again, I am not the one claiming anything in here, you said you absolutely believe in “x”. I am claiming that your strong believe is not substantiated with hard evidence. Rather my humble claim is that it is manufactured through media repetition. 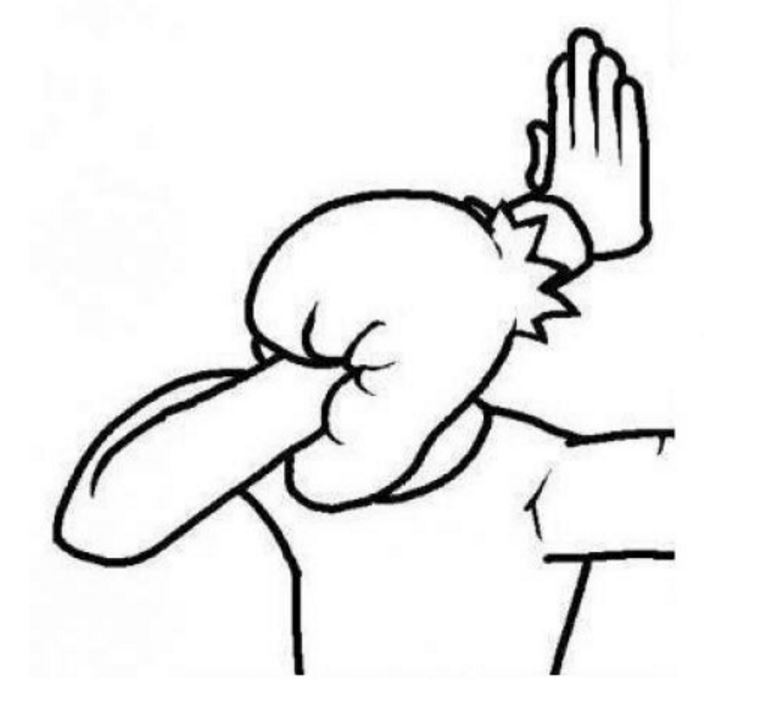 Wait. Let us not do a meme war, as I am face palming as well. Footage in a language that you do not understand, and none of us can determine whether has authentic audio is now conclusive evidence? Not trying to be picky here.