Just in case you missed the socmed and email announcements … 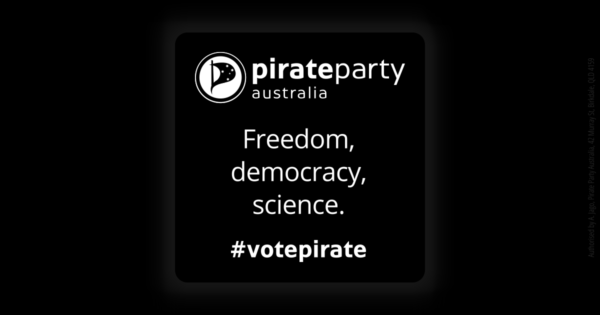 Pirate Party calls on the government to suspend flawed Centrelink...

Since reports first surfaced of issues with Centrelink’s new data matching systems linked to Australian Tax Office data, Pirate Party Australia’s social media accounts have been swamped with stories of incorrect debt claims going back many years, including debts from hundreds of dollars to tens of thousands of dollars.

It is clear from many reports that Centrelink is automatically generating flawed debts based on algorithms that will obviously produce incorrect results[1], this new attempt by the government to crassly reduce spending on social security has revealed their true policy: to treat anyone who makes a legitimate claim as guilty until proven innocent. In a lot of cases Centrelink already has the data to know the debts it generates against people are incorrect, it is clear these new government revenue measures lack an adequate human review process and seem to entirely trust crude data matching. It is both cruel and unfair behaviour by the government and it is destroying confidence in our public service as a result of the belligerence of Turnbull government ministers. The government has made it hard for most people to even qualify for social security that they have a right to, but now years later the government appears to simply be generating debts against many people and hoping they will pay them, all while placing a bureaucracy of obstruction in front of anyone now forced to challenge a flawed debt notice from Centrelink.

“Since this government is so confident in its new data matching abilities to claw back money it says was incorrectly paid to some of our nation’s lowest income families and households, those with disabilities, and pensioners, we call on Malcolm Turnbull and his government to guarantee anyone incorrectly accused of owing a debt to Centrelink will be paid in full the amount that they are incorrectly accused of owing, purely as compensation for this government’s incompetence.” said Tom Randle, Deputy Secretary of Pirate Party Australia. “The cost to government to resolve this crisis and deal with all these incorrect debts is likely to be more than what the government can expect to recoup[2], meaning this may not only be driving the budget further into the red, but causing genuine pain and concern for those who don’t need it.”

“This Centrelink debacle shows that government systems and policies are not aligned with the basic needs of all Australians” said Pirate Party Australia President, Simon Frew. “It’s time for Australians to ask more of our politicians and federal government departments that we as tax payers fund. We can no longer accept the government’s word that all is well. Australians need to know that someone has a plan to deal with the increase of automation and offshoring in our economy that is causing many jobs and professions to disappear. The Pirate Party is standing for every Aussie when we demand real, proper change, instead of hearing these very well-paid politicians tell us we need to bear the cost of their mis-management.”

The Pirate Party calls on all Australians to contact their local MPs to share their stories and concern, if you have a story, please share it with us.

Seems to me like the government has less computer smarts than my mum … oh dear.