I’ve got a uni group assignment discussing piracy in Australia, and it’d be great if we could get a broader range of perspectives - It’s entirely anonymous, and shouldn’t take longer than 5 minutes. 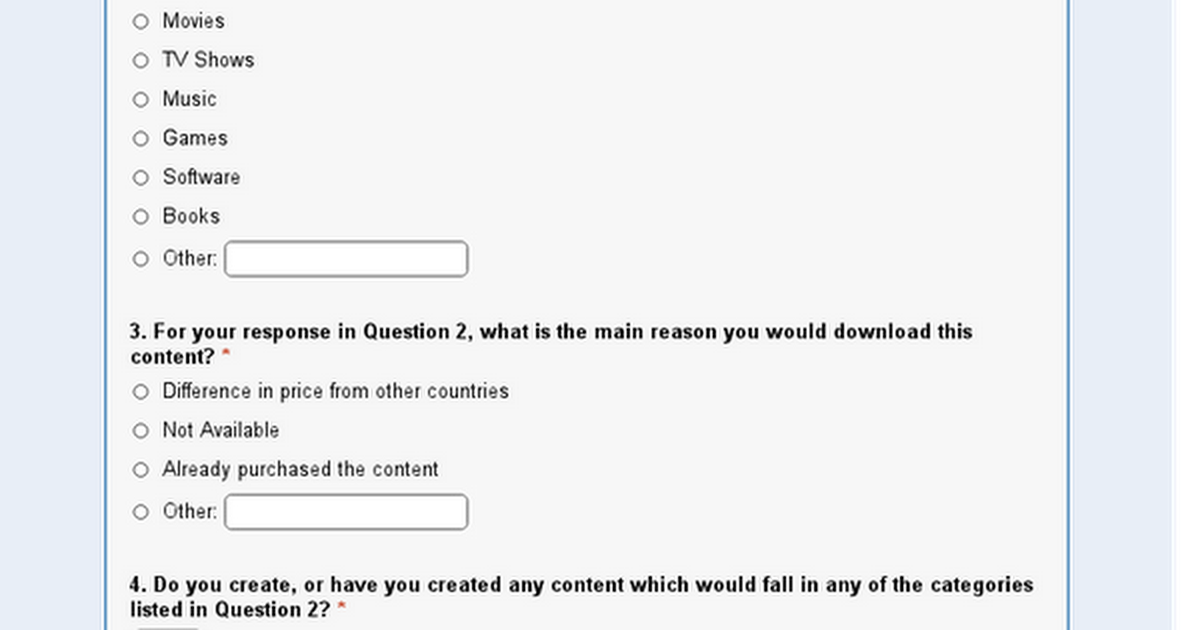 This is an anonymous survey for the purposes of an assignment on piracy in Australia. All responses are kept anonymous - Please answer these questions honestly.

Well this is a sure-fire way to bias the responses, haha.

This isn’t the only place I’m seeking perspective, but I thought the exact same thing as I was about to hit the submit button… Hehe.

You missed an opportunity there (I think this link is pretty much self-explanatory.)

@tjc As tempting as that was, I had a feeling that could’ve resulted in some… Interesting responses.