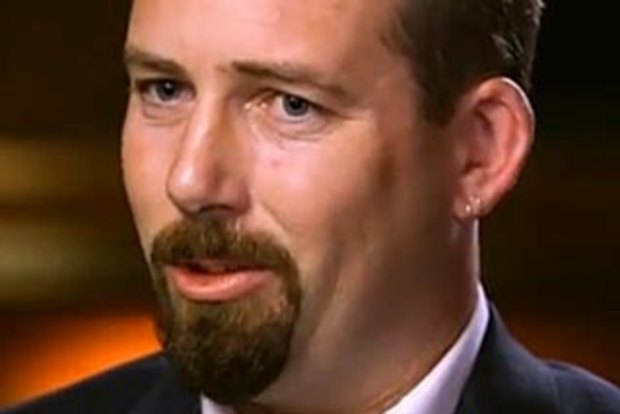 Novice politician Ricky Muir undone by a veteran in the business or...

Since he was elected to the Senate in September, the Australian Motoring Enthusiast Party's Ricky Muir has been the invisible man of Australian politics.

Not sure how many of us have already read about this, but basically Muir’s advisor and Palmer have tried to defend him by saying he’s not a public speaker, working full-time labouring hours etc, and being newly placed into the role of a public servant, shouldn’t be expected to be a stable and professional interview recipient overnight.

I know it’s the job of a journalist to find “the truth”, even sometimes to the point of subtlely grilling the recipient, but Muir should’ve prepared himself. He’s been in the headlines since around 9 months ago, and he’s now demonstrated that he “can’t handle the heat” by making statements he cannot define, or at least be able to do so confidently without much struggle.

If people like him aren’t ready to stand their ground against “interrogation”, they shouldn’t stand for election.

Some of us here may not agree with me entirely or at all, but that’s my point of view.

There’s rumour that there was more to the interview than what is in this article, but the questions he flustered on seemed pretty basic to me.

I think that is rather quite harsh. Politics and the media are, to a large degree, a ritual. This ritual gets performed by those who are trained for the ritual, and everyone talks in terms of the ritual, but this does not imply that the actual work of politics – representing and making a change for the people – gets done.

To suggest that not being able to take what is effectively a mauling should mean someone shouldn’t stand for election implies that most ordinary Australians shouldn’t stand up to represent ourselves. Between the ritual and the act of politics, I feel the act is far more important, and while Muir has yet to prove himself on either count, to suggest that media training is some sort of prerequisite is a sort of a “let them eat cake” argument.

In addition, Muir has also had a fairly tough interview. I don’t think Tony “winker” Abbott has had an interview of the same sort. Certainly he has not been put on the spot by a professional journalist to explain the enormous gulf between his promises and his policy. The best we’ve got is a sort of “vox pop” where the media trained Abbott is put up against ordinary old ladies, and gets license to effectively shrug it off. How is she going to pay her bills? He’s never really had to answer that, and no one has forced him.

Mike Willesee is credited for bringing down John Hewson, who is not a foolish man, nor one lacking the media savvy you’re talking about. AFAIK he also hasn’t interviewed Abbott before or after the election. Muir performed poorly, but he was also portrayed as an idiot on purpose. They could have cut the bits where he said “can I go again?”. Mike said “sure” – there’s a tacit assumption there that they’ll cut that bit out. Sunday Night knew what they were doing before they ever interviewed the man.

Yeah for someone inexperienced it is very easy for someone like Willisee and his editors to make the interviewee look bad and shape it into a mess like this… that said, I dont think this Muir guy is all that bright anyway and is somewhat out of his depth.

My concern is that this will be used as general ammunition against minor parties generally and all minors will be judged on this guys performance and will be used as a ‘see we cant allow this to happen again’ … therefore we need to reform the senate ballot/election process (which needs be done, but you know that ALP and Libs cant be trusted to do it in a way that doesnt directly benefit themselves, potentially as the expense of us for instance)

I had to do an on-camera in the ACT campaign in 2012 and it’s FREAKING intimidating. Much more than radio. And honestly, most of the current crop of politicians have no more policy and scientific substance to them than Ricky Muir does. They’re just less honest and more confident in their bullshit.

If you listen to what Willissee says about it, that sounds about right. Relevant quote: