A long time ago in a PPAU far away, we once talked about this: 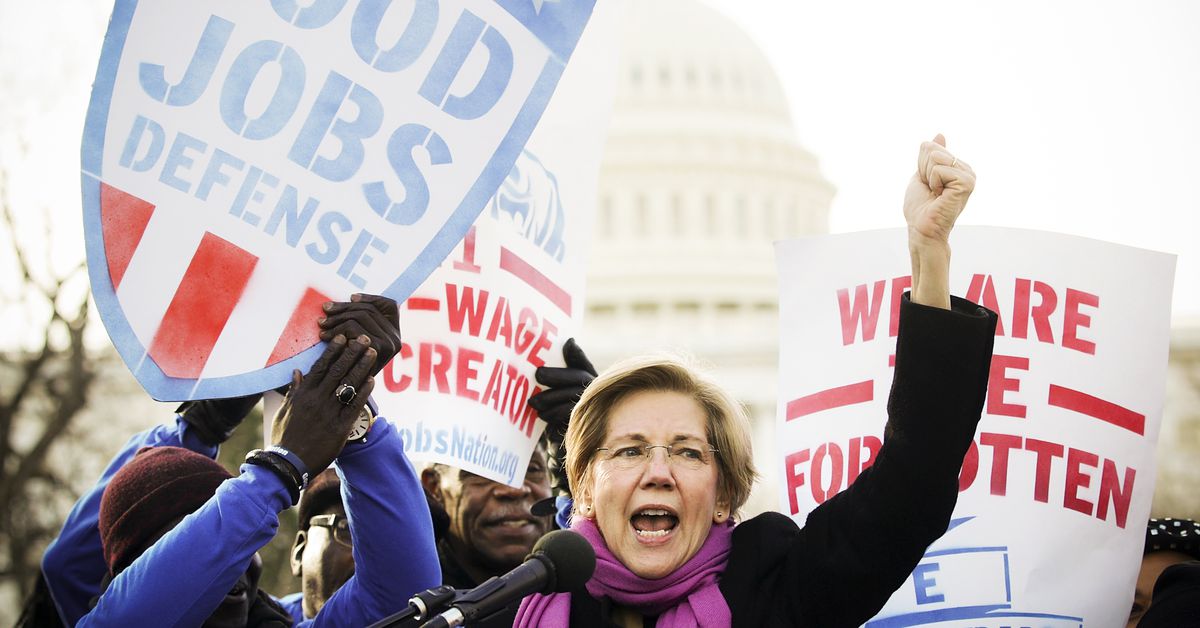 Elizabeth Warren has a plan to save capitalism

Did that turn out to be a bad idea or did we just forget?

Radical reform seems to be the idea.
Like, what if corporations were required in law, to behave less like sociopaths?

hm. convince me.
wouldn’t that require transparency? Seems kinda contradictory to the fundamentals of corporatehood: trade secrets, obiquity not transparency of governance, profit over people.

I personally like the model of worker owned cooperatives. For example, in Australia they are starting to enable a just transition away from fossil-fuel reliant energy towards renewables.
http://earthworkerenergy.coop/about-us/

I personally like the model of worker owned cooperatives. For example, in Australia they are starting to enable a just transition away from fossil-fuel reliant energy towards renewables.

We are a lot of people into that idea, in my country we had a complete success with a Agriculture-corporation, that’s actually producing and exporting extremely well.
When the communist regimes fell… all of the state-owned companies were supposed to be privatized. These guys from the “West Agriculture Prods” decided to keep the “agriculture cooperative” and transform it into worker-controlled private corporation, with great success.

We’re trying to make some IT companies to work like this as well, and have the colleagues be responsible with their own part of the ‘production’
It’s a successful experiment

I really like this. This is actually an inclusive and collaborative approach to dealing with wealth inequality. It is by no means an end-point, but it is a solid discussion starter. But it’s good that she is coming from the left and saying, how can we tweak the business culture just a little to make it a force for good?

Pondering over PPAU policy over the years, I’ve concluded that we’re not actually anti-capitalist as such.

We talk a lot about being against “rent seeking” in its many forms. I interpret that as saying we oppose the corruption of capitalism.

I mean mostly, capitalism is the operation of a free market. Free people buying and selling goods and services, creating value for each other etc. Very few people object to that as a concept.