Be the change you want to see

I do think these are good debates to have - BUT as with almost all of these debates here, I regard them as effectively meaningless without an ability for us to actually have an impactful voice - which is something much bigger than writing policy.

The way we have set ourselves up as a Party is to make ourselves as flat organisationally as possible within the constraints of Australian electoral Law and common sense. Even though I am President, the only power I have that ordinary members don’t have is voting in National Council meetings. I have a level of implied authority with the title, but if I am wrong or somehow acting like a dick, I expect to be called out on it and we’ll do what the Party wants, not what I want.

If you have ideas to move the Party forward organisationally, propose them on the forums. If everyone thinks its a bad idea, then we will say so. If it looks like a good idea, or won’t hurt to try, then we will do what we can to help. Trying things and failing sometimes is better than not trying anything. We need to try new things.

To paraphrase Gandhi: Be the change you want to see in the Party.

I agree with @Frew, but I also want to add to that…

This doesn’t mean that it can’t be done.
It means that we have to iterate our way up to having an ‘impactful voice’.

As it stands actually, the reputation of our policy platform is actually pretty damned good.
We have been ramping up the social media presence.

I think the one thing the party has more of since this time last year is policy, and yes the Policy making machine is definitely the most effective part of the party.

But we do have more policies.

I think the policy platform is excellent (that’s why I’m a Pirate). I also find it a bit overwhelming at times, like economics. But that’s just me. Being very new to active politics I’ve discovered that there’s a lot to learn, understand and prioritise. Public engagement seems, to me, the most important task for the party. Otherwise, who knows about the awesome policies.

Does PPAU need more policies? I don’t know, but I would stack our current policies up against any other party policies with confidence. Perhaps there’s too much policy. I mean, really, how many farmers are going to sit and read all that policy, much less understand it?

That’s why I’m in socmed and the Pirate Bureau. I don’t have to completely understand to contribute.

Yep, things have slowed down. Only so many hours in a day. In short, I think PPAU needs more art to visually articulate policy for public engagement with a team of Pirates focused on those tasks. So, I encourage all Pirates to join the Pirate Bureau, get involved and make some noise.

This is where the rubber meets the road.

One thing we struggle with is automated capture of current events / news and a collaborative pipeline for framing our message around it and publishing to socmed channels. I’ve been looking for tools every couple of months for years but still not found anything I think fits our organisation. Because of our party’s principles a lot of third party tools aren’t suitable for us because of either how they track things or their cost. But we’re open to suggestions if that’s something anyone would like to investigate, start a thread.

I would question the forum traffic improving, again only from observation.

It would appear the total number of regularly active posters is in single digits. Maybe technically improving but it doesnt strike me as success to be looked up to.

Again I dont have actual numbers so may be completely wrong. 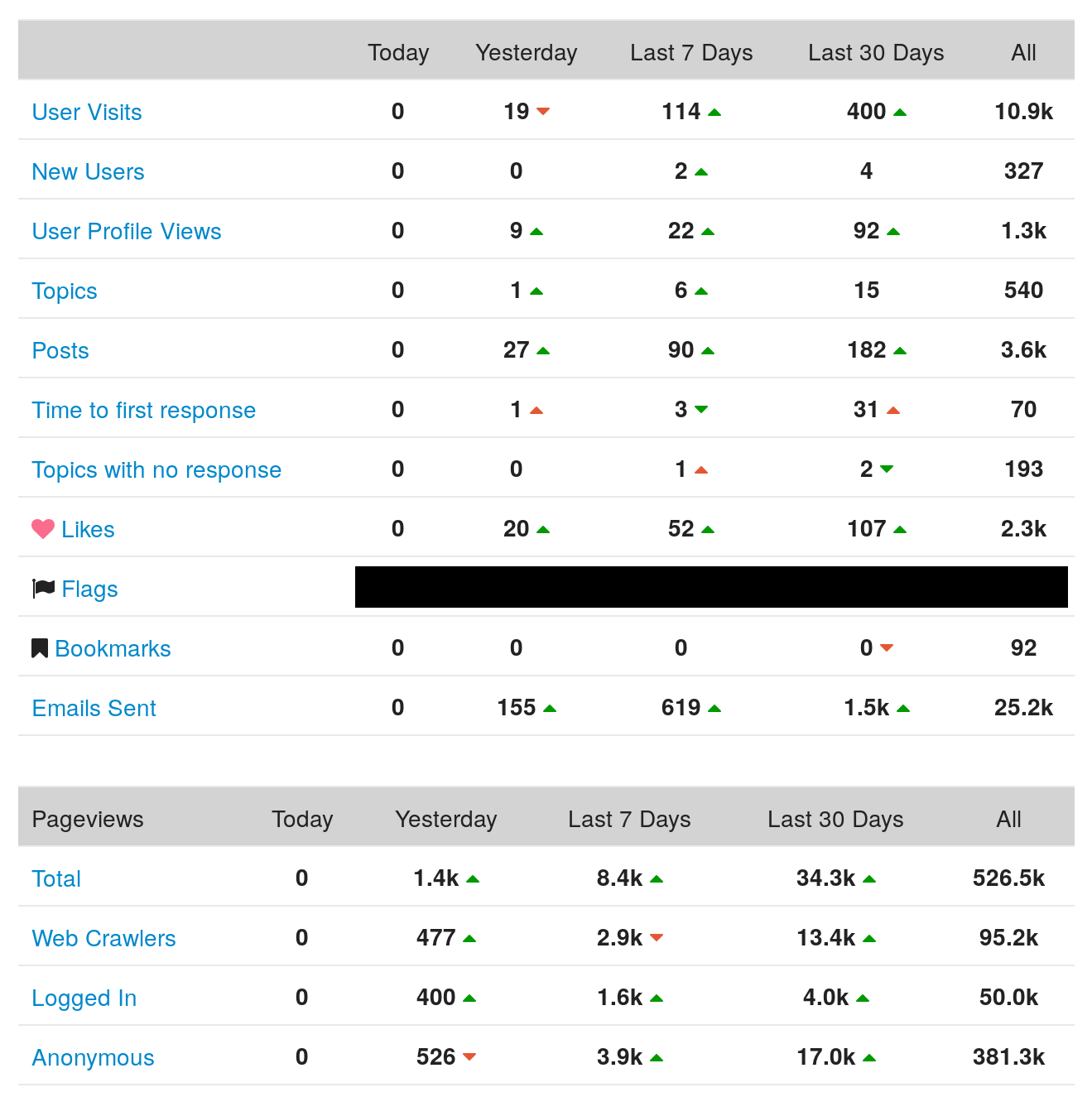 Media mentions are down. I used to get regular interviews on various ABC Local radio stations, which dried up about eight months ago. We also are largely ignored by the tech press these days.

I think we need to actually do things beyond policies and press releases. We have orgsanised some protests in the past, but they are always a mixed bag in terms of success for effort put in. It is no reason not to do more, as long as we have people on the ground making events in different cities happen. Good stunts aimed at raising public awareness help.

My attempts over the last year at getting involved in campaigns around civil liberties issues in NSW went nowhere due to the hopelessness of the Greens who were dominating the campaigns. They were very much focused on civil disobedience, on weekdays, in the daytime and in the inner city. Most Pirates have jobs, want to protest without risking a criminal record and aren’t inhabiting the inner city ‘activist ghettos’ (we are much more widely dispersed geographically). We need to take the lead on an issue ourselves.

I don’t think that more policy that important, but a subset of members love working on it and may choose to do nothing rather than work on policy. I’d prefer they worked on policy than nothing.

In short, I think PPAU needs more art to visually articulate policy for public engagement with a team of Pirates focused on those tasks. So, I encourage all Pirates to join the Pirate Bureau, get involved and make some noise.

This needs more work, it needs more contributions and maybe even a budget. Hmm, perhaps we should do another round of recruiting to the Bureau to try and get something going.

Some well made videos could be quite useful. I am happy to help script, provide music and appear in them, @Feenicks has a decent camera and lives nearby. But what on?

Regarding videos, @Emily and Miles and I discussed this a couple of months ago. We were thinking super-short-form policy explainers (i.e. under a minute).

When we do what we call a “Media Release”, where does it go? besides the front of our web page?

Primarily it goes out to a special mailing list just for PRs, we also socmed it as well.

Maybe call me young and naive but how about this:

Members actively engage in comment sections of news articles (for me it would be sydney morning herald). We talk to people who have concerns about issues which we stand for, then if our ideologies match we recommend them to the party on a one on one basis. If we recruit just a few members each week but gather momentum eventually we’ll come to people’s attention. How’s that sound?

Cool idea! That’s a grassroots method of community engagement. Online commentating tends to be short and lack meaningful connections though so to be effective it needs to be done en masse across multiple platforms for a long period of time.

I personally prefer in person activism and local organising. Meatspace connections are more tangible making them more “real” and more of an investment for our members.