Cynical Australia: Take the test to see if you're more cynical than the...

Rate the state of the nation to see how you compare.

I note here one of my favourite policies (citizen juries) has broad support as well.

Those words, ‘citizen juries’ send a bit of a shiver down my spine. They remind me of things like ‘kangaroo courts’ and ‘mob rule.’ Could you explain what you mean? Or link me up with what a citizen jury is?

Citizen Juries essentially involves a statistically representative random selection of citizens to make decisions in a structured way. The idea is that people can make the right decision if given the chance to assess and deliberate amongst each-other, with access to relevant experts and data. (Also random selection is more resistant against social hacks and manipulations)

It is classified under deliberative democracy paradigm.

Designing Open Democracy had a presentation on it that you may be interested in.

Mob rule is direct democracy.
Citizens Juries are deliberative democracy, where citizens are randomly selected and then form a committee to learn about and solve a particular issue. They can call upon expert witnesses etc. like a Royal Commission. When they finish, their decision is binding and becomes law. This is how ancient Greek democracy worked, and it was done this way to prevent concentration of power into an elite class of elected oligarchs and ensure decisions reflected the will of the average informed person.

Ok, I have a better understanding I think. I’m comfortable with the idea but I still have concerns over citizen juries being capable of resolving complex issues and having their deliberations binding.

Nevertheless, i’ll follow the issue with interest. I do like the spirit of getting people involved though.

There are different approaches, but one example I heard in Designing Open Democracy is:

It was proposed because it would be easier to implement compared to other more radical approaches to implementing citizen juries.

This particular version of citizen juries is similar to a doctor patient kind of relationship. That we want the development of solutions to be done by experts. But that the patient has the ultimate choice to accept the treatment or not.

Of course, remember this is not the only approach to Citizen Juries. (e.g. Have lots of smaller juries, rather than a replacement for the senate. Or replacing the lower house with lots of specialised think tanks instead.) But it would be ideal to explore all possible approaches and pick the best system that would work for us.

Hope the link above helped in explaining this idea. Did you find the audio recording useful?

My personal preference is to scrap citizen initiated referendums and replace them with citizen initiated juries. It doesn’t make sense imo for people to initiate direct democracy mob rule. It would be better if people could petition to have a citizens jury created to resolve a complex problems parliaments can’t or won’t solve, and have that decision binding for a certain period of time e.g. 2 terms. That way we could get longer term policy certainty and resolve never ending issues like climate/energy policy, defence etc.

Oh and to add one more other thing. On a more practical political note… Flux and Mivote are dedicate parties covering different radical voting systems (one focused on creating a market of ideas, another focusing on informed voting masses.).

So the pirate party would do well to differentiate themselves by not picking the same approach to voting reform to give the public more choices (as well as encouraging other parties to pick other forms of voting reforms).

And citizen juries seems to be one that hasn’t really gotten a party backing yet. So it would do well to have someone to study it at least for consideration into party policy platform.

If you are really interested in developing this as an official policy, and need an expert, just ask me and I’ll find you one to talk to about this.

For example, you can’t just constantly change your defence strategy every year. When you pick a strategy you need to build those capabilities and ensure you are making the relevant procurements. If you change strategies every year then you keep ending up with all this redundant, obsolete and wasted capacity. Like the Air Warfare ships (I think they are called AWGs?) that are only designed for offensive naval invasions - where in God’s name is Australia going to be launching a successful naval invasion which requires both naval domination and supremacy, as well as local air supremacy? Not to mention the numbers to launch such an invasion - it’s ludicrous.

I suppose as a fail safe you could also have paraliament initiate a new jury to review the decision to provide some flexibility in case of change of circumstances.

That is indeed a challenge when it comes to designing a decision making system (Especially in AI research), is how to make the system account for long term vs short term decision. As you mention, not deciding quickly is just as worse as taking too long and being indecisive.

So any particular reform will have to take that into account.

Perhaps an idea to help make this party more active, is to have a meetup on this topic of what do you want a democracy to be? It’s been a while since the last local pirate party members meetup. And having this area of policy become more developed would help.

(Even better, if you can drag other parties into this as well).

Something is not quite right in this reckoning. If there were a majority, surely this totally corrupt to the core government would not still be ruling over us. Unless of course the people in this survey are all talk & no action. The latter seems to be the more likely! Anyone with an ounce of common sense knows that it is no good petitioning or begging to the government to make changes. Do you really think that a government that has sanctioned & supported the Genocide in West Papua are the sort of people who actually give a damn about anybody else?! They are where they are for personal profit, not for the welfare of the people. Honestly, I am absolutely gobsmacked that the majority of Australians have chosen to bury their heads in the sand. I find it quite disgusting.
Keith. 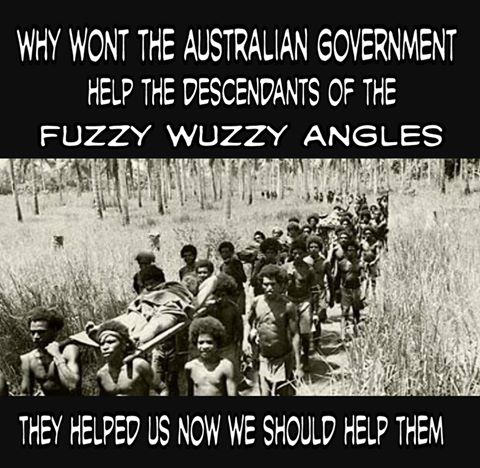 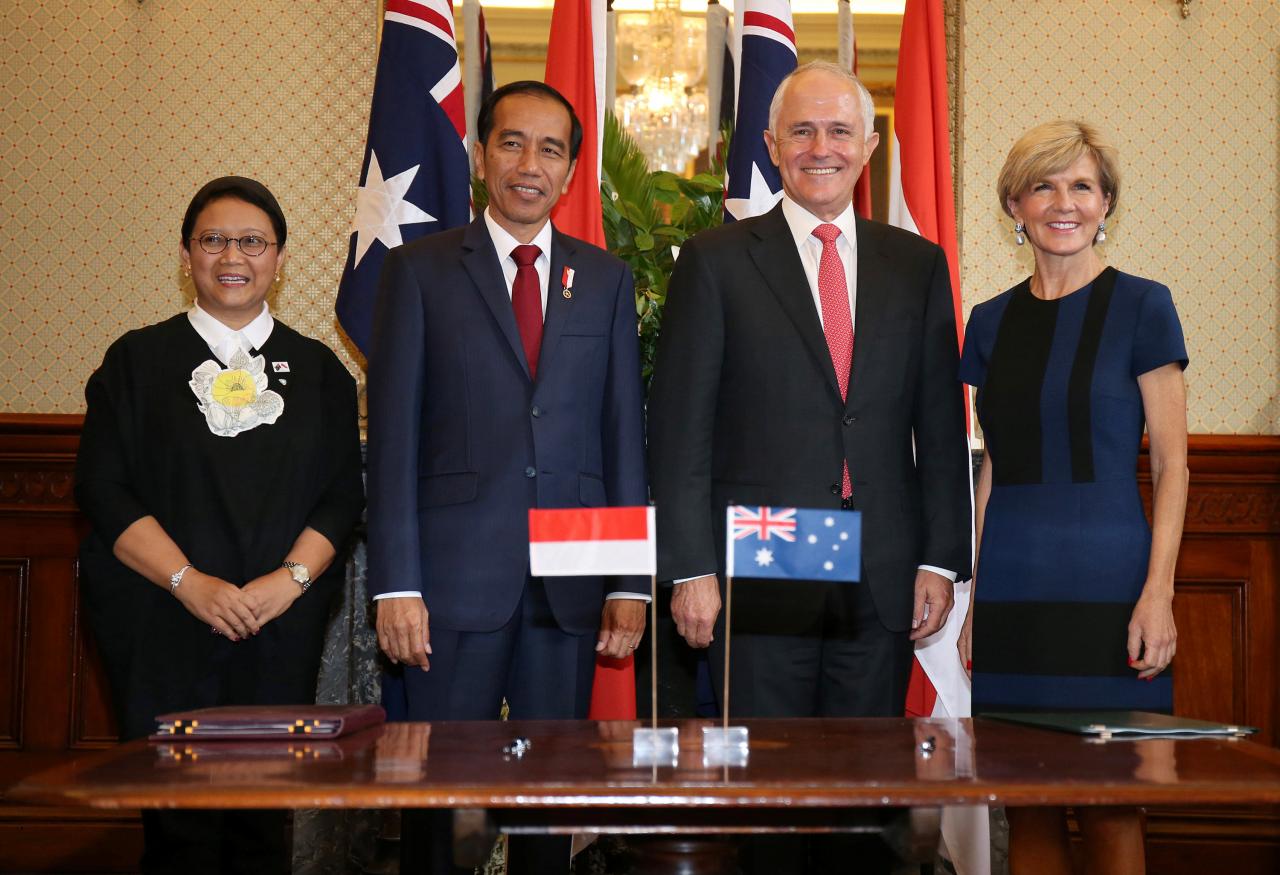 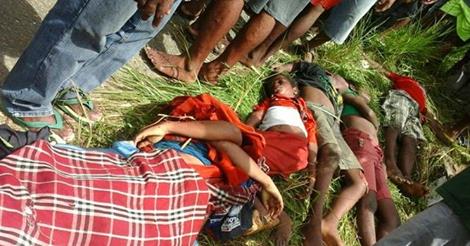 I figured that this image would be the least offensive to most of you as these bodies of women & children are still in one piece.

In terms of reforming democracy, I note we could do a large overhaul of our democracy section of the platform, especially with “Participatory Democracy”
https://pirateparty.org.au/wiki/Platform#Democracy
I was listening to a podcast which featured George Monbiot (democracy from ~18min, but whole thing worth listening to):
http://audioboom.com/channels/4960316.rss
He went through a whole bunch of participatory democracy initiatives that have massively improved political participation e.g participatory budgeting, governance (like in Reykjavik), citizen juries etc. I think if we combined that with some innovative ways of curtailing political party and lobbyist power e.g campaign spending limits, mandated free air time for political parties reaching a certain threshold of support on radio and TV (as part of the broadcasting license requirements), we could run really high profile and publicly supported campaigns on bringing power back to the people and shaking up democracy.
@miles_w I think this would be something good to keep developing our campaigning on, not only nationally but also locally (at council level) to grow our supporter base. Discontent with the political system and major political parties is only growing. It makes sense to directly provide the answers to this frustration and harness it.

@mofosyne I suppose if we’re both up for it, over the summer holidays we could try working on drafting up some new democracy reform proposals based on some of the ideas talked about in this thread; and what you’ve covered with the Designing Open Democracy crew.

After thinking about it, there is actually a lot of potential we have to offer people as a party at all levels of government with such (popular) reforms. Campaigning on those issues would be so easy, even at local council level.
If we combined that with another platform of policies tackling “grey corruption” (game of mates), I think we would have some really popular policies that could even win us some local council elections.

Like to contribute to this discussion. I think this is the single most important issue.

There’s also another way of ensuring that planning and other types of “expert” based decisions aren’t done to the benefit of special interests. That’s to bring in outside experts at random (i.e. sortition) from overseas who have no connections or allegiances and can exercise a more objective evaluation or judgement.