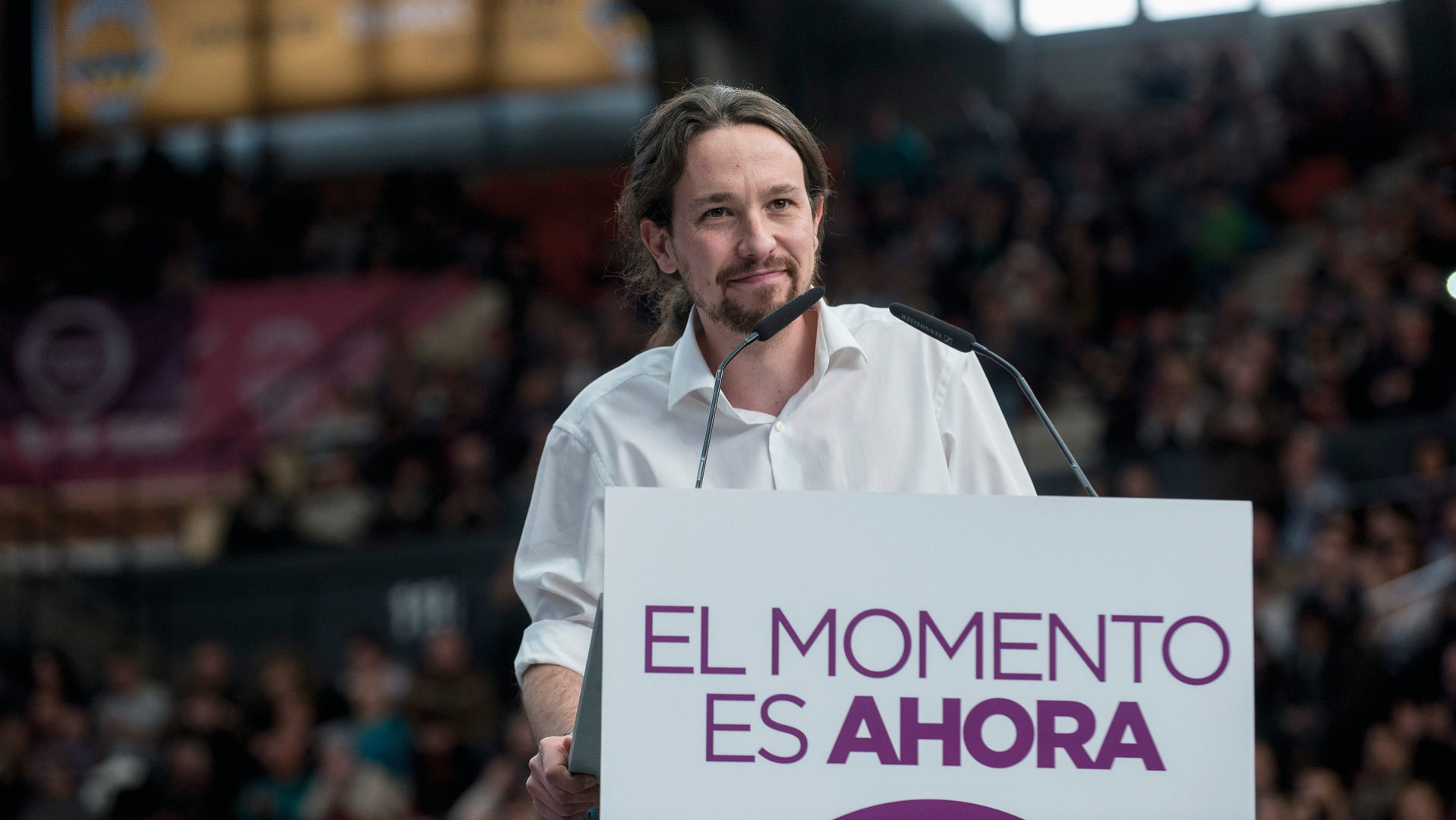 So-called “digital parties” are seeking to radically democratize party politics — but a new book points to serious flaws and dangerous pitfalls along the way.

Wondering in how much the pitfalls described here apply to us.
Thoughts?

Wondering in how much the pitfalls described here apply to us.

People have different visions of the party, and different historical experiences. The article only describes the party I joined in a limited way, and I’m not sure a digital party is so different to non-digital micro parties.

In one other micro-party I’ve been involved in, I saw what might be called a “dictatorship of the people who can be bothered”. You don’t need digital methods to have a concentration of power. In a lot of groups - not just political parties - you have a lot of people who are “book members”, don’t want to be that “involved” - except sporadically if the group put something on worth turning up to - and see their main contribution as the fact they have joined, not wanting to participate more substantially.

There’s of course a problem if someone wants to participate and and is frustrated, but in a lot of cases motivated people are absorbed into the group of people who does stuff in a positive way - they bring their own individual skills to the table, and are accepted for who they are.

And look - I never thought the Pirate Party would be all things for all people. I always thought we would articulate a niche interest for those who could see the things we thought of as problems.

I never saw the PP as “exclusively digital” - I always saw the point in face to face meetings and getting to know people online. Online participation supplemented face to face and other relationships - it never replaced them. At least, that’s how I saw it.

And - I do not want to be excessively cynical - I see positive worth in the Pirate Party. However, a lot of our world is about irreducible conflict between vested interests. In some arenas you will never get a meaningful compromise. You have to accept there is going to be a battle in the public square and get on with it. A well developed wise and appealing position will certainly help - it is what we want - but it will not be a magic wand that solves all problems either.

So, I don’t what party I joined. I don’t know what other people think it is. But I never saw it entirely like the thing described in that article, much as the article has some worthwhile insights.

LoL. Being transparent apparently has something to do with Facebook.

Participation is glorified but it is a highly individualistic form of participation that fits well with the neoliberal suspicion of “non-spontaneous” organization. The party becomes virtualized and its formerly structured organization turns into a process.

Again, where did they take this from? I mean, we literally have a lot of anarcho-sindicalists in our ranks that form a lot of collective participation. The guy that wrote this article must’ve been high at that moment.

The promise of platforms to ensure more open and inclusive democratic participation however has fallen short of reality.

We only ask for more consultation with the public and more participation from the public over all matters of society. Isn’t that fair?

For example, unlike the more tech-savvy Podemos, the Five Star Movement’s participatory platform Rousseau uses a fork of proprietary software that is particularly vulnerable

Of course they’re using that - the Five Star Monsters is a entirely populist and subjective party ; but that’s exactly what the pirates warned of -> if you want to do digital democracy right, do it correctly: FOSS & Transparency, not bloatware.

Gerbaudo recounts a shocking incident from 2017, when a “black hat” hacker downloaded members’ personal data and put on sale the entire database of Rousseau for 0.3 Bitcoin, or around one thousand Euros at the time.

Of course, naturally. How would anyone think this could happen.

Probably the biggest contradiction between the web ideologies and the practice of digital parties lies in the predominance of plebiscitary democracy online at the expense of both representative and deliberative democracy. The most prominent use of online party platforms is to vote on yes/no proposals put forward by the party leadership.
Party leaders hold power over the timing of proposals, their substance and the way they are framed. They can also ignore the results of public voting when they are not satisfied with them. This is rarely necessary as most of the votes on digital platforms result in supermajorities in favor of the leaderships’ proposals.

Again, unfair generalisation and comparison with failed Five Star Midgets. Their failure is alone, not to be extended to Pirate parties which propose normal people to have iniatives, not party members necessarily
The democratic participation Pirates are talking is about normal humans participating actively, not political pirates, we’re only tools of change, not future leaders & leadership.
I.e. ther pirates do not find eliminating political parties as a option, but instead promote more public participation and less static representative political system, and public consultation.

Thus, the dismantling of old bureaucracies and forms of mediation has gone hand in hand with an unexpected centralisation of power

The author* never checked our status in Europe, right? Pirates are part of some european alliance called Greens/EFA - which literally translates into Greens + Regionalists + Pirates
Why on earth Pirates would want centralization when we’re in the same alliance as regionalists which basically promote a form of federalization?
But yes, the Five Star Mutilation promote that sort of centralization, they feel that the heart of the italian people is only within Rome - while ignoring that the first independent nation-states were the Italic states, federal states.
And no, I’m not confusing federal with centralization, even though federal states can have their own very centralized structure - that’s the thing, us Pirates want decentralization of power even at federal level!

As I said, the article’s role models are these guys, not Pirates. We’re not even included in this article, even if they mentioned us.

Finally, digital parties have been so focused on reforming their own organizational structure that they have neglected the substance of their proposals. However, these parties must shed the illusion that they can represent everyone and focus more on developing coherent political programs, or “platforms” in the old sense of the word. Luckily, this is a feasible — even if difficult — task.

Even though I’m most certain this author never had a chance to look at Rick Falkvinge’s proposals and ideals, I must say that this author is correct about, at least, the Five Star Massacre.

Why did the Pirates in Germany fail so spectacularly, while the Five Star Movement is now in a governing coalition in Italy?

I dunno, why do you put us in the same boat? We would scuttle the Five Star Mordor boat if we would have the chance. Maybe, possibly, because we’re not populists, and not really loved by radical left or radical liberals?

I dunno, maybe because parties like the Czech Pirates have responded to the needs of the people? Czech Pirates have won continuosly ever since they developed a good program, they even won Prague. While maintaining the Pirate ideals like participation, transparency, etc.

Third, have “digital parties” made any important achievements in Eastern Europe, considering the high level of politicization of digital issues there? If not, why?

Well, I can say we’re f****d, that’s why. We don’t have too many freedoms here, not even parliament participation

Most importantly, while The Digital Party has focused consciously on progressive movements in the West, it is highly important to examine the multiple ways in which radical right parties have made use of digital media and have co-opted “progressive” practices such as petitioning and crowd-funding.

That’s what pirates are already doing, Roarmag Author peep, in any other goddamn country in Europe, at least - focusing also on social progressive reform for equality.

While I analyzed this article, I must say I’m proud that these leftists critize the Pirates. It feels like we don’t belong in the radical delusioned economic marxist left
It’s crystal clear that they see us more capitalistic than they are, and they see us as a threat - at least the people from Roarmag

I must say that their perspective of socialism - capitalism is eliminating their vision over the existence of Georgism and/or Distributism economic philosophies.
This usually happens when people are too implicated in their economic principles, that effectively end any possibility of promoting a 3rd way of tackling economic problems. People like these only see two options: either socialism, or capitalism, nowhere in between; which is sad.

Also, another thing that I definitely have to observe is the lack of understanding political change
The article does not mention the obvious changing political spectacle to newer ideologies like Green party - which is a successful movement that brought in the spotlight clear ecological problems throughout the world
What I see clearly is that in the last 40 years, newer ideologies came into light ( green, crypto anarchy, pirate ), and they would most probably be our future. Old ideologists like the author that wrote the article will eventually have no other option but to acknowledge the change - because these ideologies will not die, they might have bumps, but will not die

y’all do realize it’s a book review I hope

How so, @AndrewDowning? Can you elaborate?

How so, @AndrewDowning? Can you elaborate?

There’s nothing like turning up in person. It engages you in physically motivated common cause, in a manner that leaves online participation feeling pale and wan.

Perhaps as a consequence, the few that turn up end up running everything. They decide the policy. They decide what actions to take, the vast majority of which doesn’t involve turning up, because people won’t, and the leaders know it.

Even voting has a low participation rate, with maybe 10% annually rubber stamping decisions when prompted by email, and a truly tiny proportion actually engaging in debate.

Digital politics is like bubblegum for the mind and spirit of the political fringes. It tastes juicy for a while, but there’s no substance.

I think it has a lot to do with shared expression of belief. People SAY they believe all sorts of things, but their true beliefs are different. Those beliefs, they act out in the world where they have consequences, and most people know the difference. Most people will still only be followers (we’re such sheeple), but they know what commitment looks like when they see it, and they’re not going to follow until they see that

Late to the party but more time to explore these ideas post election. This is a good article and an important topic for discussion because it reaches into the heart of our organising methods, what we are doing and why going forward. @StefanCristian.B your input is invaluable here.

We in Australia started out following the swarmwise organising methods, but were never liquid democratic. Direct democratic and participatory, even deliberative to an extent (not enough IMO). Since I’ve become involved as an organiser I have been advocating and supporting the strength of our local crews - in opposition to what this article “categorises” us as, and in line with what Stefan has been saying. A focus and interest in local politics is in line with our ethos of decentralisation, while strengthening up our internal presence to support external growth.

And all this enabled by digital organising.

We support privacy and it is one of our core principles, but the core aspects of social media are a public facing presence and public engagement. Contradiction? Well it’s a tradeoff. We support the right to privacy, but not anonymity. We fight for everyone else’s privacy, but to engage in the Australian representative political system we must have a public visible presence for our candidates and organisers.