If you think you can rope me into the flawed policy development process again, Ima have to draft you for implementing the liquid democracy work I’m supporting. I’ve been translating for your benefit: What is real Liquid Feedback? (more to come). Perhaps the congress can conference-call the author in so she can introduce her work?

So @LMK has been translating the latest version of liquid feedback from German for our benefit. I started a new thread to avoid derailing the Indigenous Rights thread. @AndrewDowning was planning on working on a similar system over the last year, so has put in a lot of time thinking about how it should be done.

I like the idea of inviting the author to speak at Congress.

What is everyone’s thoughts?

Janonamous writes some interesting theory. It’s at an academic stage. Oh, and they don’t speak English.

If you’re interested in a keynote speaker for Congress on the topic of participatory democracy, since we’re in Melbourne, I suggest inviting someone from MiVote.

MiVote are based in Melbourne and just launched actual early implementation this year.

If you wanted some contrast, we could invite Flux too. They have a different philosophy.

Janonamous writes some interesting theory. It’s at an academic stage. Oh, and they don’t speak English.

If you’re interested in a keynote speaker for Congress on the topic of participatory democracy, since we’re in Melbourne, I suggest inviting someone from MiVote.

MiVote are based in Melbourne and just launched actual early implementation this year.

Could be worthwhile. We haven’t discussed a keynote speaker yet, I just posted about it due to @LMK 's offer. If I understand correctly there isn’t a great deal of new policy or Constitutional reforms to be put to Congress, so we will have spare time for discussion.

If you wanted some contrast, we could invite Flux too. They have a different philosophy.

Reddit is a real time electronic democratic system for deciding on prioritisation of content. Now as much as I love that approach favours memes and humour and puppers and people in various states of undress over meaningful debates and discussion, implementing a system that is aligned with the goals and strategy of the party is going to take a lot of time. Andrew is the closest we have to someone who is working towards a Vision, and a Vision is what is needed first.

Some general education is maybe useful, but not sure that Congress is really the platform for that.

We certainly should not be using Congress to debate design options or model choices. Working out how to design a complex system never works by committee. There is a lot of jokes and cartoons about that. 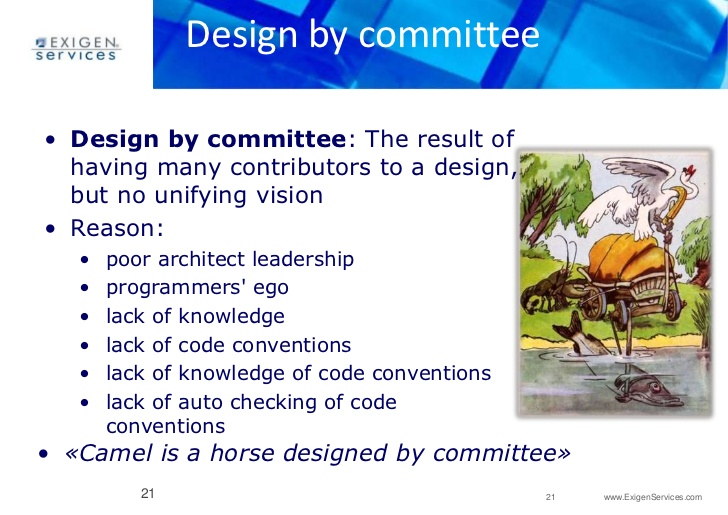 Jano’s work has Vision, is theoretically robust and Jano has both practiced in small-scale and developed a model for participatory democracy that is now at the programming stage. Jano is a psychologist and has a thorough understanding of the psychological pitfalls in our so-called democracy systems. This understanding forms part of the theoretical background as to how to do democracy better. Jano’s democracy research i.e. understanding of group intelligence is related to her dissertation (doctor’s thesis) which is about the self-regulation of a complex system (i.e. an individual with chronic illness or chronic back pain).

I think it would be great to have a speaker on the topic of participatory democracy because I see this as the pivotal issue we as the Pirate Party movement can contribute to politics in general if we focus on it more. If Jano agrees to speak I think we will have really gained something.

English is not a problem. Reason I’ve been translating some of her work is that some summary texts on the website linked were only available in German and I thought it would be useful to also have English versions. This is the first of my translations to be just about finished. Jano and I have been working together in the past year and tried to make the translations actually better than the German originals. Other English texts there (that don’t have my name on it) are entirely Jano’s writing.

This seems very interesting. Seems I have lot of reading to do.

That said, I personally would rather have time set aside to talk about party strategy than giving a lot of time to participatory democracy as it is a higher priority.

Less frictionful participatory democracy will help with (a) and is also a longstanding todo.

Yes but ought does not mean is. Do we have a strategy? Do we use it to make decisions about priority? Is our executive being held accountable to its achievement? I mean that is actually the sole purpose of executives. To be accountable to achieving strategy.

Can you get me English transcripts of what you have so far? I’m currently pulling together data for a vid series project in our state branch.