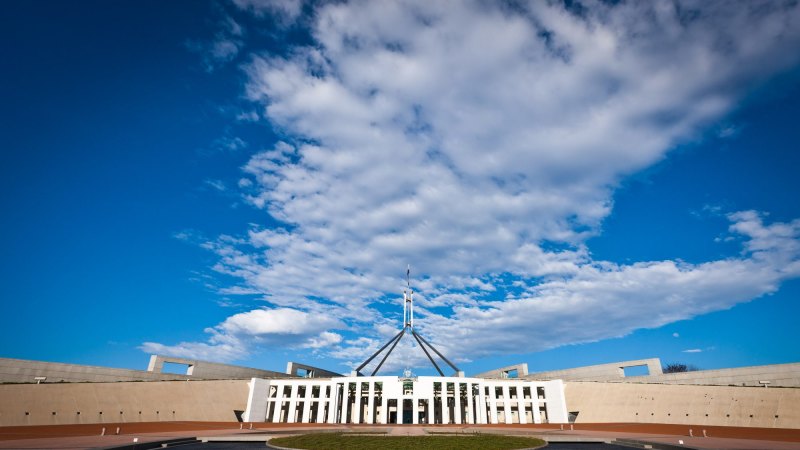 The many houses of Parliament: property-rich pollies 'have vested interest'...

Australia’s political elite are among the country’s most enthusiastic property investors with records showing one freeholding National Party member owns 50 titles and another holds 17.

It’s a topic that increasingly has everybody thinking. The major parties are too caught up in utilising the processes of negative gearing to do anything about abolishing or reversing the legislation. This has created a great inequity in the property market in favour of the baby boomers and at the expense of younger generations. Housing is a critical issue for many young Australians with the prices being maintained at an artificially high level by the practices in this country.

It’s an opportunity for us to set ourselves apart from the rest of the pack.

Phase out negative gearing over five years; investors will instead be able to carry forward losses and deduct them from capital gains to reduce tax liability on property sales.

That said, I think this particular issue wasn’t as heavily discussed/promoted, since most of the discussion around the tax policy at congress focused on the negative income tax.

Ah many thanks for the info. Returning to Twitter.

The correct URL is:

Thanks, Brendan. I keep trying to raise our profile on Twitter and Facebook and if I can direct people straight to policies that’s a bonus, especially on Twitter running at 120 kph.

The policy does not specify how negative gearing should be phased out. An article from the Sydney Morning Herald last year reported that
"The latest Tax Office statistics show the average loss per negatively geared investor was $10,950, up from $9130 the year before. The average loss for a high-income negatively geared investor earning more than $180,000 was $23,800."
One approach would be to introduce a cap on deductions, say $15,000 per year, and then reduce the cap by $3,000 a year until it hits zero.

That actually sounds feasible. Can this be discussed by the relevant Policy Committee please?

In general, we avoid being so specific in our policies as that goes from being a policy to prewriting legislation, more or less. Those numbers are likely to change based on Treasury information if implemented, so having a random number there may do more harm than good.

However, if members did want it specified, it can be investigated further, but I think there are more important things to focus on at this time.

Understood. If the issue is raised, could I say that we are committed to the abolition of negative gearing over time?

I’m pretty sure that’s what the currently policy gets at, it just doesn’t specify the mechanism of abolition.

That is my understanding. I just wanted clarification so that I don’t misrepresent us elsewhere online.

If you point out that we take a holistic approach to reforming systems like welfare and tax, it makes it easier to explain the individual chunks regardless of whether the initial response is positive or negative.

The problem is not really negative gearing (which is, by definition, making a loss on running a business – and it doesn’t have to be property rental; it could be any business).

The problem is actually the 50% discount on tax paid on capital gains, compared to normal income tax. It is this massive tax discount that encourages investors to structure property investment so that it makes a loss on rental income (from high borrowings) in return for a higher capital gain.

As the profit on capital gain is taxed at a reduced rate, they come out ahead.

Get rid of the discount on capital gains tax, and it would remove the incentive for negative gearing.