I while back I suggested a hierarchical discussion platform which allows us to better organise our little debates. Turns out someone has already implemented it:

Kialo is the platform for rational debate. Empowering reason through friendly and open discussions.

It looks it has its merits.
This particular product looks like it’s only been around since mid year, so it’s flown under the radar.
It’ll likely be among the lowest of the list of things to do, given current resourcing issues and other priorities.
@rundll, thoughts on this?

Hi @acenturyandabit, good to see you here again. We definitely would need an open source version to trial if we decided to replace Discourse, have you had a look for existing open source projects? However:

It would be best if we found other ways for you to get involved and helping the Party on smaller tasks first, before we talk about trying to replace the forums!

This is the open source effort similar to this which I mentioned to the National Council: 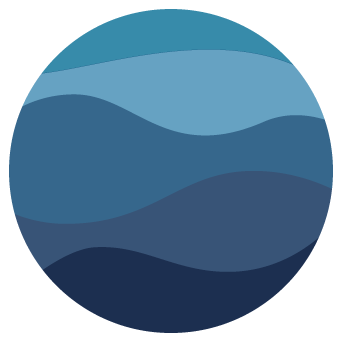 The declining faith in our democratic systems of government and the growing political disengagement of people are significant challenges. NewVote connects the public with decision makers by harness...

Having spoke to the creator (NewVote) in the past, I’m absolutely certain that the Pirates would be more than welcome to contribute to their project or fork their own.

However be mindful that both Discuss and Policy voting systems have their place. Discourse is a great system for regular discussions.

Kialo one looks pretty cool too, I especially like the Pie chart. I think that it makes good inspiration.

You’re suggesting we abandon Discourse for a WordPress customisation for a forum?

That’s got tp be one of the more hideous software recommendations I’ve seen here in a long time.

Be gentle lol. I think he’s a high schooler with big ideas. I think there may be some merit to the basic want of a more hierarchical system but I doubt anyone has the time to investigate them further at the moment, and the linked solunions may not be production ready. If I get a chance I might take a look at those linked but probably won’t get a chance.

Be gentle lol. I think he’s a high schooler with big ideas.

Perhaps, but that’s what we effectively migrated away from when we switched from the mailing lists to Discourse. Hierarchical (via the web interface) and threaded.

but I doubt anyone has the time to investigate them further at the moment, and the linked solunions may not be production ready. If I get a chance I might take a look at those linked but probably won’t get a chance.

I doubt any of us will have a chance.

That said, I had a very brief look at that NewVote thing and … ah, no. The project is less than six months old, built primarily with NodeJS and the total number of people working on is numbered in single digits.

So basically we’d have to build the whole damn thing ourselves as well aslive with whatever the original project creators decided was a good idea. If we’re going down that road, we’ve got our own projects on the back burner which could be rekindled along with certain other things other pirates around the world have been delving into for several years.

And, no, I don’t have the time to delve into those either. My dev work with a certain other project looks like it’ll be picking up again soon. That’ll keep me busy in a big way for a while.

Hmm. Is there a way for the Categories View to be the default?

Hmm. Is there a way for the Categories View to be the default?

Umm, isn’t that what the Preferences/Interface/Default Home Page:Categories setting is supposed to do?

As in, default for people who aren’t logged in and for new accounts.

I had a bit of a play with Kialo a week or so ago and thought it useful enough to point @AndrewDowning at it due to his interest in making debates easier between groups with wildly diverging views. It seems to be alright, has the ability to hold private debates only accessible by a link and has decent granularity to get to the crux of an issue.

It wouldn’t work to replace the forums, people share articles and draft memes here that wouldn’t work on a platform like that, but it may be useful for the PDC to have a play with, if they feel like signing up to yet another platform. I think it would have some utility for policy development.

If anyone else has an account I am there, but have yet to do anything.