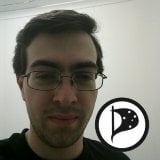 I think there are a number of useful comments in there.

I think there are a number of useful comments in there.

I have doubts, considering people are once again resurfacing the issue about needing us to change our name, without giving any suggestions themselves. Sometimes I wonder whether or not they’re just trolling.

I’d like to see more of us producing blogs and articles like this so we can generate debates on reddit and other places. It doesn’t matter if we get kicked around a bit, in fact there are useful things that come out of that. And it’ll add some dynamism and fresh ideas and give us all something to read. I’d be happy to tilt at an article or two.

Getting your ass handed to you online means you’re part of the discussion and relevant. It’s when no one downvotes you that you are irrelevant.

Precisely. Any political party can link to outside content, but few parties generate their own. It would be a neat inversion of the pirate concept if we were the one political party that generated original content instead of just sharing articles from the guardian.

You will never catch me re-sharing generic content except in the case of irony.

That is partially what this video is about. But not specific to PPAU.