Sexism, inclusion, culture of the party

I want to open up some specific discussion around sexism inclusion and culture, focused within the party itself.

I think we can pretty much make a blanket statement that within the party there pretty much is not a member that is objectively or intentionally sexist. But that does not mean there are not members we don’t like, don’t think their views are horrible or the way they communicate is off-putting.

There is also some flip side arguments as well. Not every white male with an opinion is sexist for example, in fact that is rampant sexism and racism. Not everyone thinks or communicates or prioritises how they communicate the way everyone else does, and that is not sexism.

It is not sexist to not prioritise having a high EQ. Sexism and racism can at times tun into the EQ vs. IQ war and become a weaponised policy where the actual debate is nothing to do with gender equality and everything to do with straight out imperialism of emotive versus structural thinking, and the EQ side can get a massive shock when they don’t always win. I want to avoid that shock with discussion. Both are very necessary and very important. THERE ARE WOMEN ON BOTH SIDES OF THIS DEBATE. Not all women prioritise EQ and it is sexist to think that.

Exploring an engineering view of the mechanics of sexism and gender is not sexist just because someone does not just blindly espouse simplistic sloganism, instead wanting to understand how to meaningfully solve and address it using the real world solutioning benefits of engineering. Statements like mine yesterday that there are other factors in why women are underrepresented in STEM and in the Pirate Party is not objectively a sexist statement. It may be wrong, but it is not objectively sexist.

Anyway, I wanted to open up discussion. As a self identifying feminist for decades now that utterly abhors sexism this is really important to me and it does take an emotional toll to be assumed to be sexist because of my skin colour or culture. And no I will not be changing neither my skin colour nor culture, hence my own need for dialogue.

I think that we just need to reach out to as many demographics as we can, with different social media networks/physical world interactions, to reach as many people as we can more broadly. Those who are interested will take to us and this will let gender and other demographics balance out naturally.

This is targeted in the sense that there are more women on Pinterest than there are on say Discord.

Speaking from my own experience, my wife is more interested in Personality politics than Policy… I don’t think that she speaks for all women, but a lot of people including men just don’t care about Policy and see Politics as an extension of Reality TV. This could be a barrier in getting people to care about us.

We don’t want just any women, we want women who support our values and our policies - and that is not all women. Which I think you are saying here as well.

And yes, different people see politics differently, and managing a breadth of engagement is critically important. Personality vs. Policy is important, and I think to date we have been focused on Policy for the outward face and personality on the internal mechanics… and I think (?) I’m sort of saying we need a bit of both for both, which can include us all opening our minds just a little bit more as well, myself very much included.

If I were to pull numbers out of my ass, I would guess around 60/40 split of men care about Policy compared to 40/60 women, combine that with targeting tech literate circles which are already male dominated… not many opportunities to get women interested.

The Greens have a lot of women in their ranks, so I’m sure that there are plenty of politically interested women.

Just have to find a way to tap that market.

In a sense, we have been sexist by targeting male dominated circles but not women.

I am vision driven rather than poll driven. I am not here to sell just anything by picking what is popular. I am not after power for its own sake. I have an agenda and a view that I push to make the world better. Yes there is dialogue, compromise, change and improvement of that view over time but its not about being popular.

In the greens there is also a lot of people that believe crystals have health benefits and that vaccines do not. Populism is not always aligned to the values of our party.

My view our lack of female membership is to a large degree a straight out symptom of lack of our general engagement and not investing in an actual active vibrant culture of the party that does things. I have been raising this as a top priority for 18 months now.

This is targeted in the sense that there are more women on Pinterest than there are on say Discord.

Heh. I find Pinterest dull and the Discord servers I am on have a pretty even gender split I think…

But I absolutely agree in absolute terms. Being proactive in targeting engagement in forums where the gender balance is flipped may yield good results. I could totally make pirate outfits in Polyvore, lol.

lot of people … see Politics as an extension of Reality TV. This could be a barrier in getting people to care about us.

Yes, I agree most people who aren’t engaged actively in politics, their only experience is what they get pushed on them and that is nearly all personality, the policy they see also tends to be the bullshit that is not telling the real story and designed to coerce ppl to vote against their own best interests.

So… I think the trick may be to be entertaining and engaging enough with the personality (this can be more general though, and Pirates have the humour card to play) and slip the policy in there while they are entertained by the personality?

its not about being popular.

Hmm this reminds me of the dialogue that came up yesterday at the Congress about what type of organisation the Pirate Party is, and do you want to be inclusive or exclusive. Increasing membership requires, I think, a certain hat tip at the very least, towards the idea of wanting to be popular, because people being attracted to something is generally the starting point to wanting to identify and become involved themselves. If you give off the vibe of being an exclusive techy boys club, then you just aren’t going to attract women, you are probably only going to attract male nerds.

As a political party that is currently perilously low on membership and engagement in the wider community, assumption therefore at this point is inclusive, and tbh I’m a strong proponent of Radical Inclusion, despite the drawbacks. There needs to be some reigning in of the “worst offenders” though if they are actively putting off others joining, specifically women. This is not discrimination or sexism: if the way some people are communicating is actively making a forum intimidating for example, then it is sound policy to police that behaviour for the overall benefit of the community and to grow that community. But because Pirates are all about freedom and lack of censorship, this seems like it can be a real issue when/if members get very vocal about their freedom being infringed upon. I’m not entirely sure how to solve this, because it can very quickly devolve into a slanging match when someone is all “this is the Pirate Party we’re anti-censorship” then it’s hard to argue that.

In the greens there is also a lot of people that believe crystals have health benefits and that vaccines do not. Populism is not always aligned to the values of our party.

This is a problem with Greens and one area I always had issues with, they have had a few controversies and despite the public face being generally pro-science these factions still exist and are stronger than I was comfortable with.

But I don’t see this as being any different than any religious group really, and while that influence is strong across the spectrum of politics, it is slowly and measurably growing weaker. I believe not pandering to this kind of faction which is not evidence-based in thinking is an important value.

So… I think the trick may be to be entertaining and engaging enough with the personality (this can be more general though, and Pirates have the humour card to play) and slip the policy in there while they are entertained by the personality?

I think that you’ve hit the nail on the head. Rather than fighting the ‘entertainment’ factor, we should be embracing it. Our party is uniquely positioned to take the piss out of the established system, and it can be a very real and effective way to get our policies out there.

Being vision led and not choosing your position based primarily on popularity does not mean you cannot be interesting, engaging, and well become popular.

Gordon Ramsey has a big following and I don’t think anyone accused him of pandering to popular sensitivities. Sometimes sticking to your guns attracts a new and better kind of popularity (I am not advocating use of strong expletives and aggressive behaviour, just giving a pop culture extreme example here).

On the entertain factor - yes, I think it should be fun and engaging and ultimately entertaining. But this is not the primary value. We do not do what we do for the hits, for the likes, for the retweets. If we do what we do well, with conviction and we are playful and fun as we do, I think we will get far more likes in the end.

So I’m agreeing with everyone here. 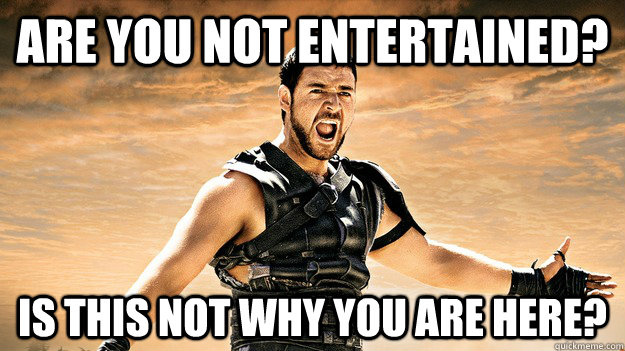 What a remarkably mature discussion.

In a sense, we have been sexist by targeting male dominated circles but not women.

In a sense, but not any meaningful one. Otherwise giving aid to poor people living in remote areas could be considered racist, for example.

My view our lack of female membership is to a large degree a straight out symptom of lack of our general engagement and not investing in an actual active vibrant culture of the party that does things.

Agreed. As we don’t discriminate, our membership should reflect the demographics of people who are aware of us, agree with our values, and have the time/inclination to get involved in sometimes heated political debates/activism. So a reasonable conclusion to draw is that the people who are aware of who we are and what we stand for are mostly male at the moment, and therefore efforts at engaging the general population could be improved.