Stronger copyright, but not if you're Aboriginal 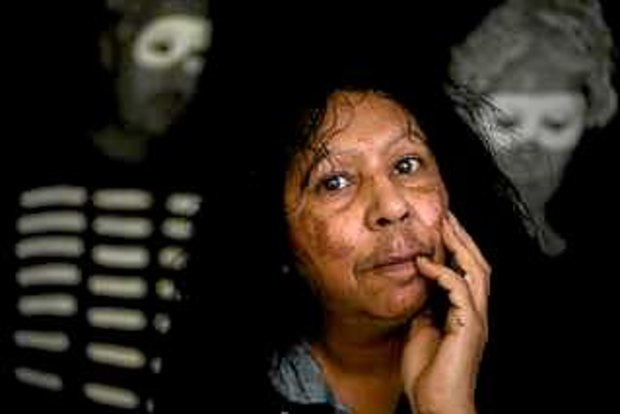 A bipartisan plan to stop indigenous art fraud has stuttered to a halt, with Arts Minister George Brandis failing to meet the federally funded body behind it.

A bipartisan plan to stop indigenous art fraud has stuttered to a halt,
with Arts Minister George Brandis failing to meet the federally funded body behind it.

Indigenous artist Maree Clarke’s artwork took her four years to research and complete. She said those who copied art onto carpets and tea towels were stealing from artists.

I think this is indicative of where the money is.

If we consider two of the largest lobbyist groups, APRA/AMCOS and ASA (formerly AFACT), they tend to deal with movie and music rights. There are a surprisingly few number of organisations dedicated to pushing for more rights for visual artists. There are even fewer organisations dealing with promoting the growth of Indigenous Culture (including traditional works and works by Indigenous Australians) and/or rights.

On the other hand, collecting agencies like APRA/AMCOS and MPAA friendlies like the ASA have a hell of a lot of money to lobby with and donate. “Protecting the arts” is more about protecting where the money comes from, evidently.

I disagree on this point. I think you’re mixing up cause and effect. The money is where it is because of the political relationships. Basically, if indigenous art became a massively profitable enterprise, then it would have the money for lobbying, but you need chummy relations with the government to be able to achieve that, and those relationships happen via exclusive golf courses and universities. It’s the people who are involved, not the money they have.

How do you get the chummy relations with government? By having a lot of money to get into exclusive golf courses and universities, and donating substantial amounts to political parties. Money buys access (see eg http://www.smh.com.au/federal-politics/political-news/treasurer-for-sale-joe-hockey-offers-privileged-access-20140504-zr06v.html).

Of course, not all industry bodies with lots of funding will work like this: but it is evident that those industry players and bodies who lobby with their enormous wealth will have the Government’s ear (see eg http://www.zdnet.com/film-studios-outspend-tech-companies-in-political-donations-7000025866/).

Would you care to elaborate your point here?

I think you’re mixing up cause and effect.

I think Mozart, above, is saying the same thing, so I would really like to hear a counter-argument.

I might be stretching a little, but I’m going to qualify that this is a bit of a conjecture. Imagine you’re poor and you have a friend who’s poor. Then you get into government and now you’re making a bunch of money. Sure you get new friends, but you can also start giving your poor friends a bunch of government projects that they mysteriously win even though everything is above board.

The difference here is that no one in the Liberal Government is “poor” per se, but I’m saying that the fraternity matters, not the social status.

One person said of university that the real value is not in the education, but that you make rich friends. Rich people send their kids to uni so they can meet up with other rich kids, and poor kids can go to uni because they’re smart or resourceful. In the end, the rich kids benefit from the smarts of the poor kids, and the poor kids end up with rich friends. It’s a similar reason for sorority houses in America, as well as those wierd organisations like the stonemasons, etc.