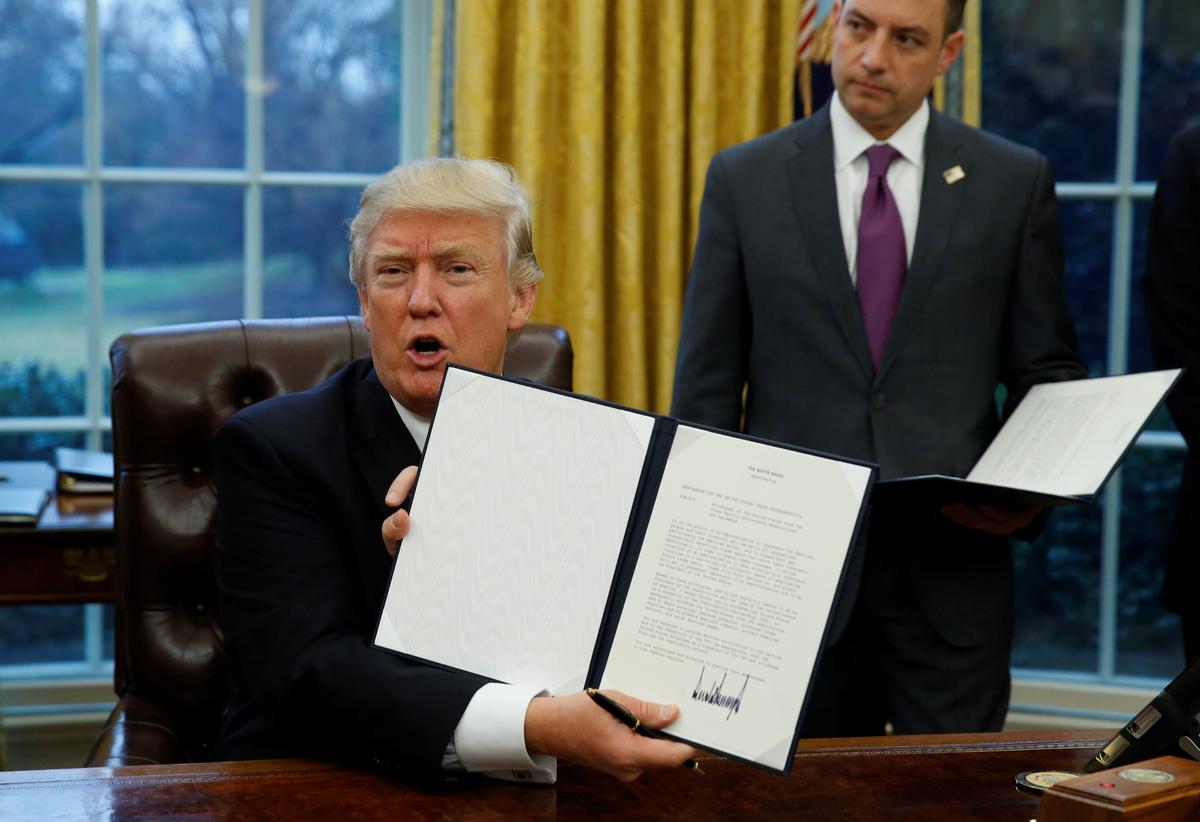 President Donald Trump signed an executive order formally withdrawing the United States from the 12-nation Trans-Pacific Partnership trade deal on Monday, following through on a promise from his campaign last year.

Yipes. Did that just constitute proof Andrew Robb is even dumber than DJT?

It’s the right choice made for the wrong reasons. But hey, a good beginning. Now strap in for the descent.

I got the feeling it was a position taken for election strategy reasons alone, it wouldn’t have mattered what the agreement was called it was just the current biggest one. It wouldn’t surprise me to see it copy-pasted in a year or two and renamed but with declarations it’s “totally different now, like the best agreement now, it’ll be great”.