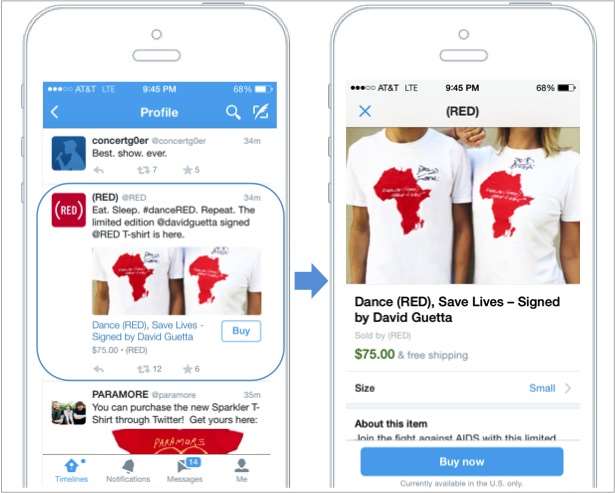 Twitter is testing a “buy” button in select tweets that allows a mobile user to buy directly from a message in their stream.

A small percentage of U.S. users will be able to see the “buy” button from within their Android or iOS apps from Monday, Twitter wrote in a blog post.

Twitter said an entire purchase could be completed in just a few taps of the smartphone screen.

Tapping on the “buy” button embedded in a tweet, the user will be prompted to enter shipping and payment information, which will be sent to the merchant for delivery.[/quote]

I find this to be an interesting implementation.

Once it’s deployed to Australia, or basically globally (essentially outside of the US), would it be a good idea for us to use it to help speed up submission and processing of donations?

Yes, these are the basic tweaks that twitter is making in the user application interface and these interfaces are designed by the developers of https://uaetechnician.ae/samsung-service-centre