So I am considering making a Pirate Club at Western Sydney University and want to ask if anyone would be interested and if I could get any needed authorisation from the Party. I’m normally studying at Penrith (Kingswood) Campus but I’m at Parramatta South Campus (in Rydalmere) over the Summer Session.

The National Council may endorse the formation of a Pirate club. eg. https://pirateparty.org.au/wiki/Minutes/National_Council/2016-09-21#VU_Pirate_Club (yet to be created).

This is as far as I could get without having a login …
https://www.westernsydney.edu.au/campuslife/campus_life/student_clubs

We even mocked up a few flyers … 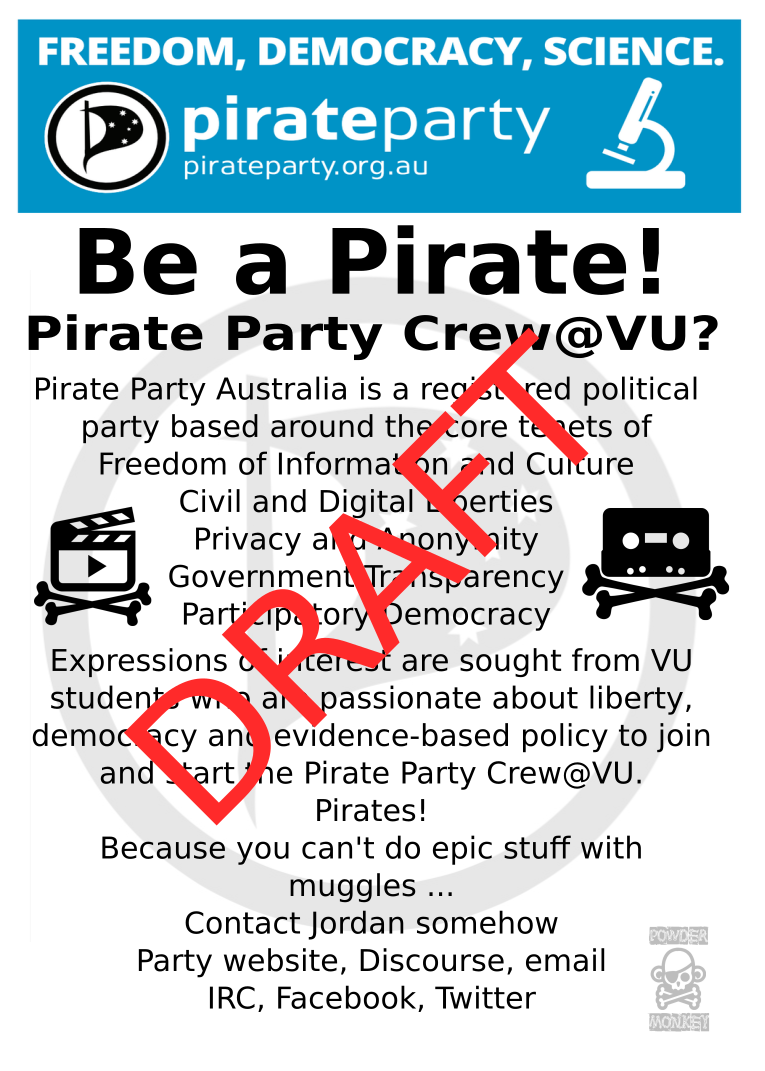 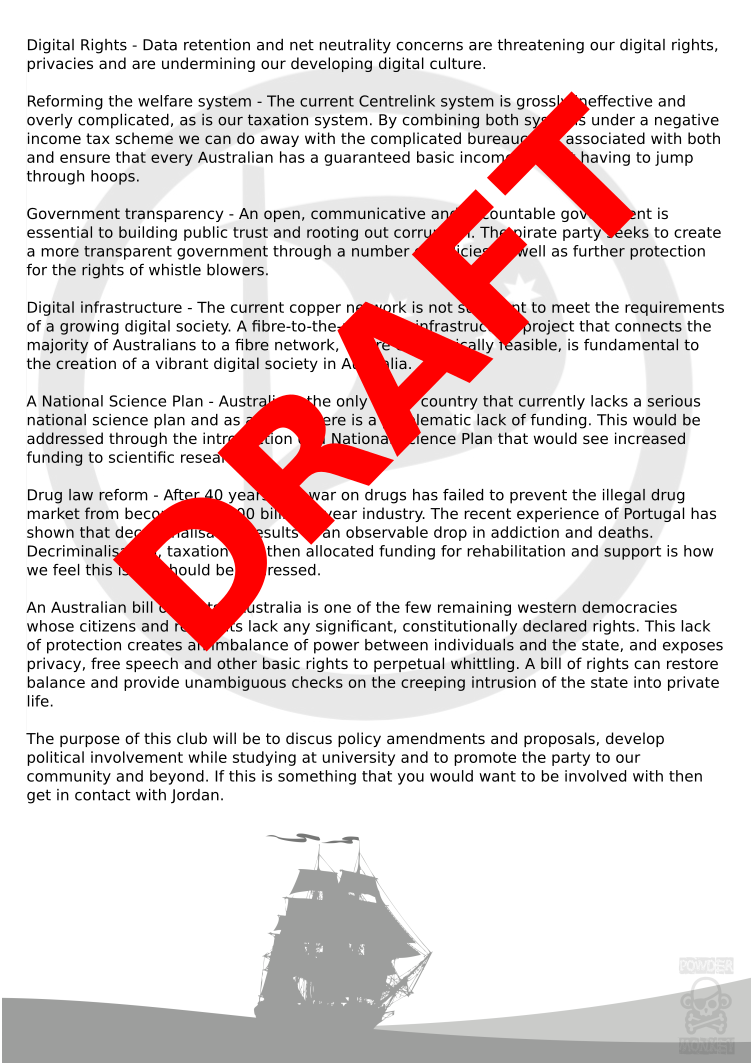 I’ve found the regulations buried in another club’s files (kudos to the Liberal Club, although I checked an animal liberation club to verify)

The additional files might be downloadable without logging in, if you want me to put them up elsewhere that isn’t an issue.

Nice! Is WSU known for student politics? If so, I have some Unsolicited Advice:

I wouldn’t think the uni’s big on student politics, as the only political party club I could find after a quick look through existing clubs was a Liberal club. (No labor/green club…?), and a few other single interest clubs (Animal Liberation, Free Speech (of course only mentioning s. 18C of the RDA) and few others). However, this point comes from a person studying at Penrith/Kingswood (a more STEM oriented campus than most), where AFAIK more political parties form around Bankstown/Milperra (more home to sociology IIRC).

I am aware of the University being mean to some clubs, but AFAIK those clubs relatively right wing so we should be good.

Your second point could be more of a concern because if I’m right about my first point a Pirate Club would be the only left-wing party club at the university, thus stacking from laborites/greens could be a concern.