Instead of Dank Memes…

Focus on a single good quality visual policy summary that gets straight to the point about what you guys are trying to sell. From there, you would structure various advertisements or campaign to get people to go to this single policy document (via embedded QR codes or minified URL) that is digestible for the ordinary citizen (But has links to the full policy document for those who are more interested)

Here is an example of a great use of comic to convey quickly important information: http://theoatmeal.com/comics/tesla

This when combined with later on a plea for a musum for telsa in: http://theoatmeal.com/blog/tesla_museum . It actually succeeded in raising enough funds for the Tesla museum.

Yeah, this is more like what we need. Information conveyed in a short, concise way that potential voters can understand. Comic strips are a perfect medium for that; Throw in a bit of humor to make it worth reading, steer clear of the memes and unoriginal content, and suddenly you've got a half decent advertising campaign.

Some potential enhancement to this single policy summary comic:

Method of getting this done:

I like this idea. Here’s something that’s admittedly not a comic, but hopefully in a similar spirit and follows on from this evening’s election meeting on IRC: 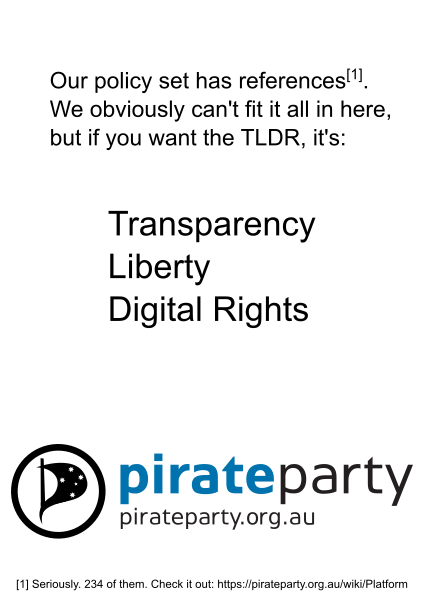 Anyone care to riff off that?

(I know the spacing is frightful…)

Yours could be a good way to promote the existence of the comic strip, but I do like how it is clear and direct to the point. However you want to have a set of images, which illustrate a single point of each of your policy. Each with a url that jumps to the corresponding section of the comic.

Plus having a single policy per ad, would allow you to work out which policy is more appealing to voters and adjust your advertising funding to focus on any ads that works best. (e.g. via using minified urls that allows for some statistics )

By the way the comic must also include a bit of humor to encourage people to read, don’t be afraid to copy/inspired the style of the oatmeal (But do credit his style if you do) in http://theoatmeal.com/comics/tesla .

p.s. Does server know what anchor you jumped to? e.g. example.com/#section1 would it know you jumped to #section1

Put it in the meme’s topic instead: Pirate Party memes

In the flux party discussion forum located in https://community.voteflux.org/t/concept-single-page-comic-summary-of-current-flux-policy-for-this-election-season/94/2 he pointed out these comics:

Flashback demoparty on the long weekend

This is an excellent idea - a web comic explaining what Flux is about would be very useful to share around on social media. I guess the question would be the cost of creating it & what the exact content would be.

What do people think?

I agree with his assessment, since I also remember the “Cannot waste your vote” comic quite well. It was shared quite a bit in the last election.

(Personal critique: too much dialogue, not enough comic. It’d be better presented as a series of frames, which I’m not really sure how best to lay out, but then we could have the pirate pointing to a robot at the appropriate time, and the guy in the tie pointing at a stoner on a brown share house couch when he says “bludgers”, and so forth.)

Here is the short and sweet TLDr taken a little further graphically. 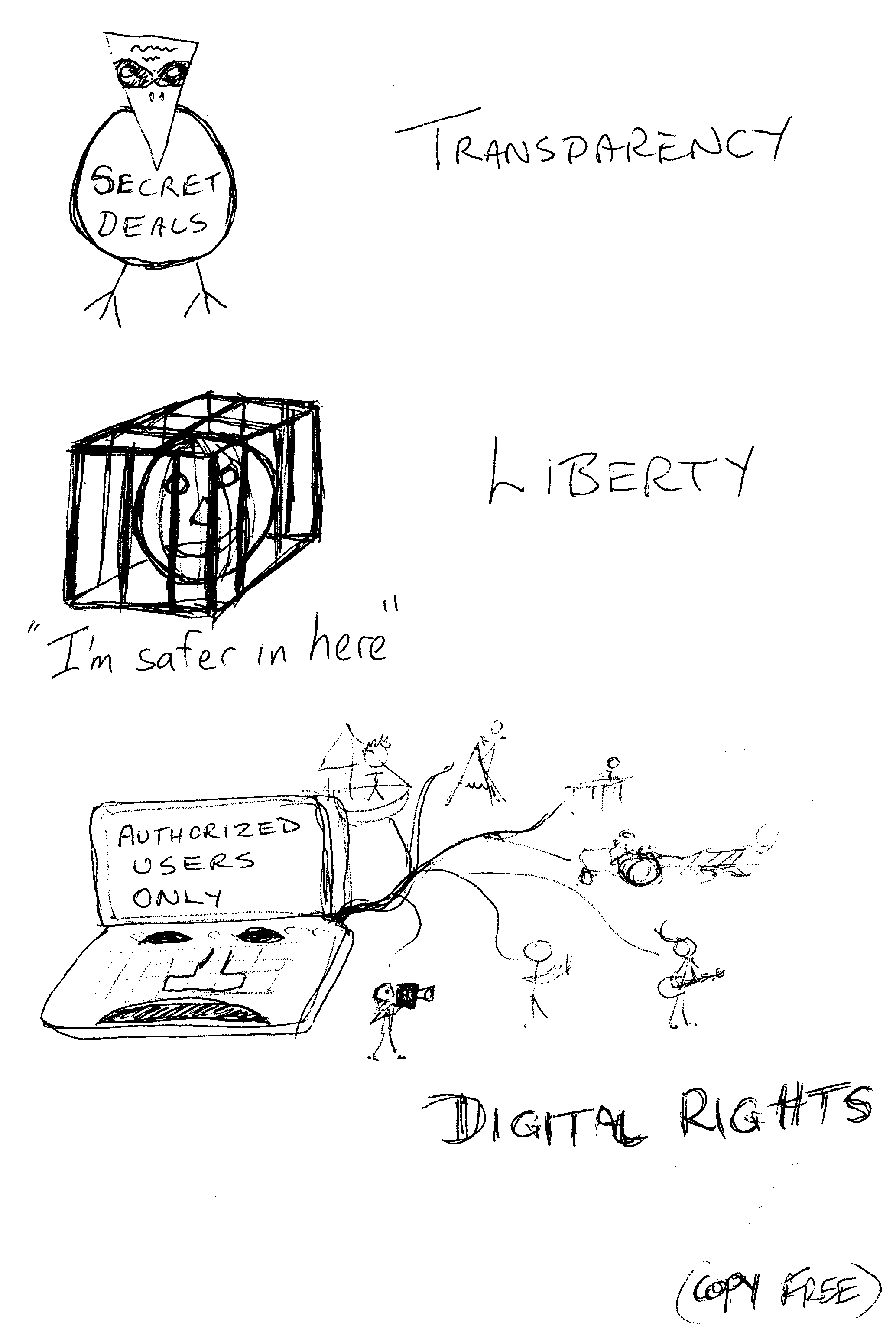