Those clerks must be really overworked… 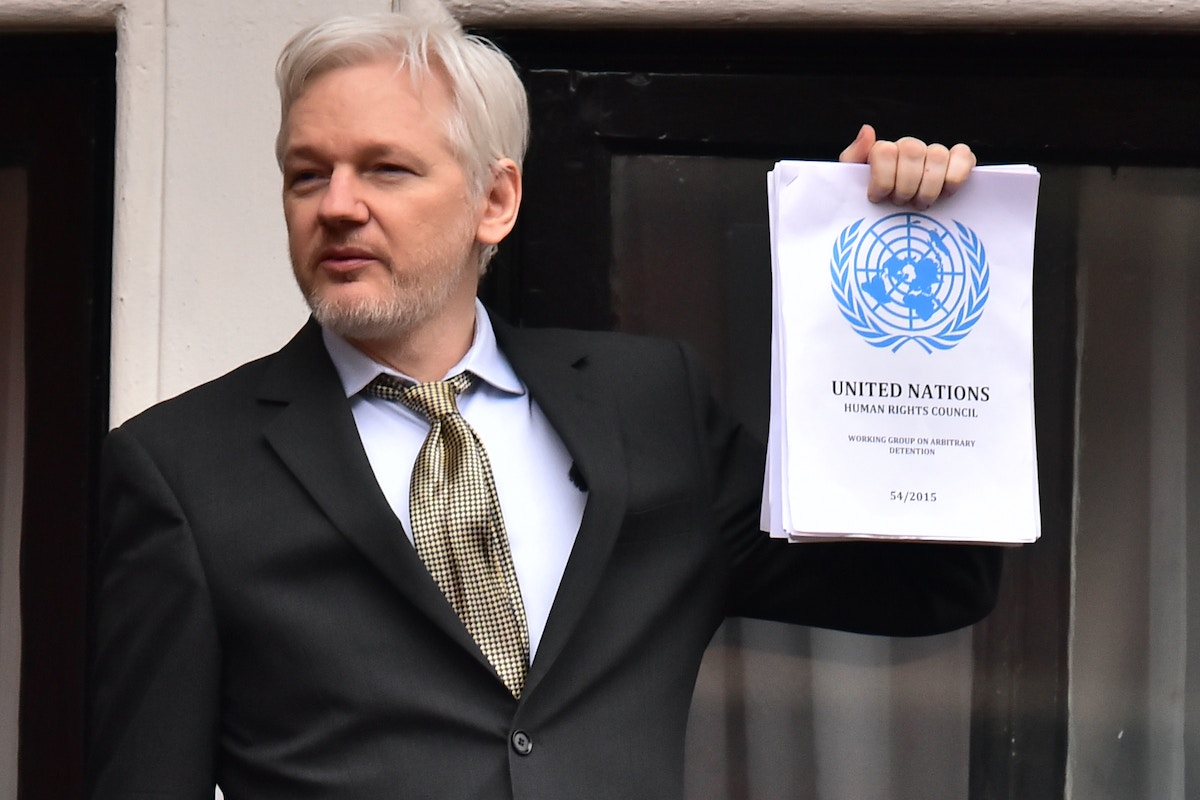 As the Obama DOJ Concluded, Prosecution of Julian Assange for Publishing...

The Trump DOJ's prosecution of Assange will be cheered by Democrats, as they unite to criminalize the core of investigative journalism.

2 Likes
The Psychology Of Getting Julian Assange, Part 2: The Court Of Public Opinion And The Blood-Curdling Untold Story
LMK (Laura) November 17, 2018, 12:38am #2 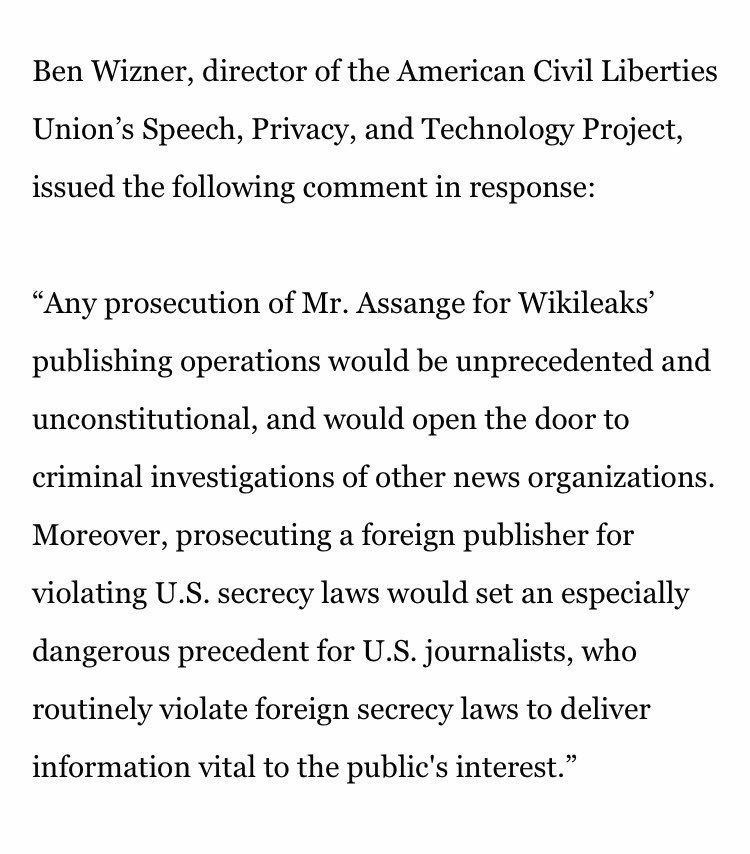 Deeply troubling if the Trump administration, which has shown little regard for media freedom, would charge Assange for receiving from a government official and publishing classified information–exactly what journalists do all the time.

Deeply troubling if the Trump administration, which has shown little regard for media freedom, would charge Assange for receiving from a government official and publishing classified information--exactly what journalists do all the time. bit.ly/2DHdlJS https://t.co/PcUO6t9NGz 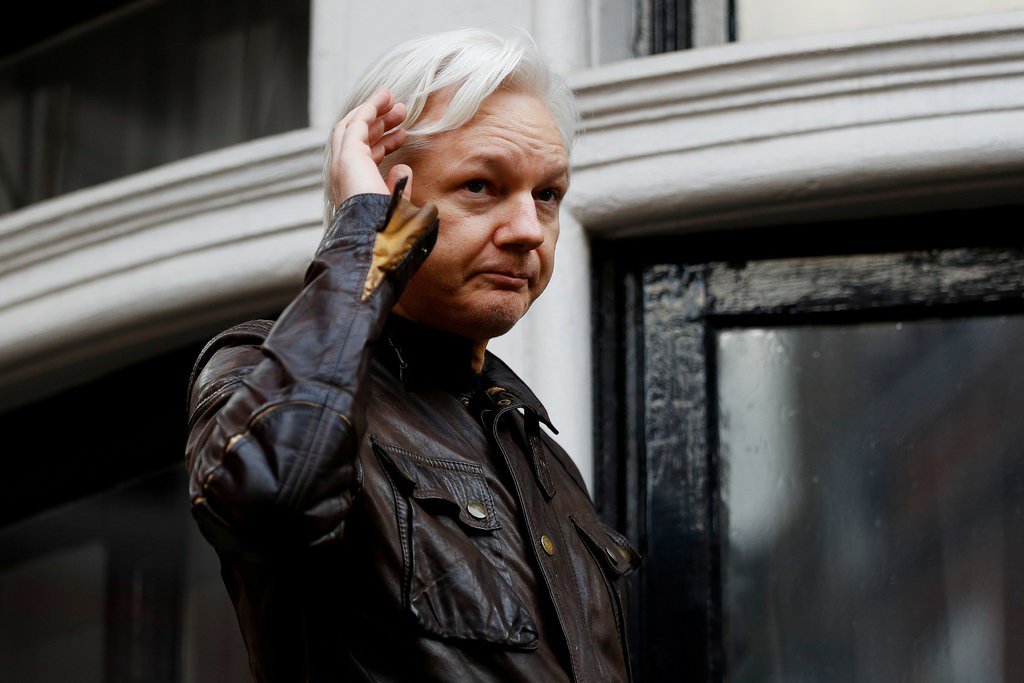 Where are the Jordan Petersonians and Social Justice Warriors now? Of course they’re crawling under a rock and don’t give a fuck right now about what happens to whistleblowers like Julian Assange.

Of course they’re illiterate. Of course they only care about their own shits. Social Justice Warriors and Jordan Petersons my ass, they don’t “whistle” a fucking word about the right to whistle.
These are the real issues. These are the things that will limit SJWs and Petersonians from exposing wide-spread corruption and anti-democracy ideals. These fucking things you see here. 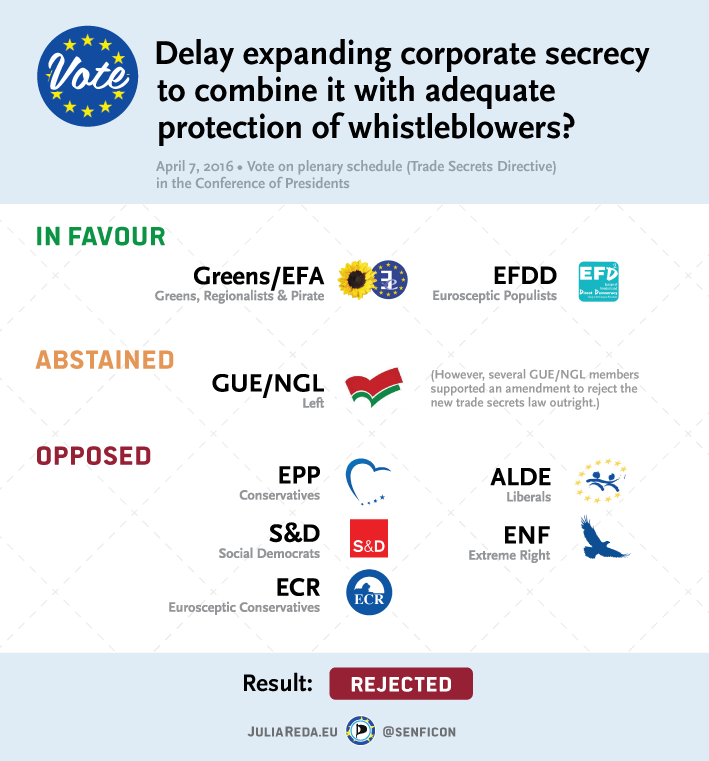 I don’t think the SJW crowd much care for free speech as an issue. They’d like to shut it down for anyone saying things they don’t like. To whatever extent they would have supported Julian, all it took was an accusation of sexual impropriety, and he was hosed.

I don’t know what Peterson thinks about WikiLeaks or Julian. Never heard them connected at all., But he’s very definitely a free speech advocate, considering it one of the most fundamental of rights.

I don’t know what Peterson thinks about WikiLeaks or Julian. Never heard them connected at all., But he’s very definitely a free speech advocate, considering it one of the most fundamental of rights.

Being scared that a gender-study course can go wrong and trying to stop it, then revert the stance is kinda of a free-speech stuff mistake. We talked about it. He did a mistake and reverted it. That makes me think twice about his stance on free-speech. And yes, some academic research is bloatware, but that doesn’t mean starting another one is bloatware [maybe that’s why JP reverted his stance, a bit of a: duh]
So no, Jordan Peterson doesn’t give a shit about whistleblowing. He’s just a psychologist. And his listeners generally don’t give a fuck about whistleblowers, as much as SJWs don’t.

@AndrewDowning What I said, translated is: They are not Political Pirates, they should not be supported [i.e. JP, SJWs]

If they didn’t talk about whistleblowers & direct democracy / participative democracy, then they’re not Pirates. they’re just groups with ideas and activities.

One thing I saw at every damn Pirate Party: they easily get assimilated by other ideals, other personalities, other actions and so forth, without maintaining their own identity. Like naming the Pirate Party as libertarian left. I’ve seen it dozens of times in many other pirate party.
It’s the lack of identity that defines the Pirates, and that makes extremely easy for a pirate party to divide. Holding on to personalities and “standard ideologies” is what will always destroy a pirate party.

Oh, I’d agree with that for sure. I will never be suggesting that we promote him.

My interest in Peterson is about ideas, and they’re mostly not political ideas, despite the tendency for people to interpret them like that. They might be good input to some policy considerations, but different parties would choose different policy based on the same ideas.

Being scared that a gender-study course can go wrong and trying to stop it, then revert the stance is kinda of a free-speech stuff mistake. We talked about it. He did a mistake and reverted it.

How would you feel about public funding for Scientology in universities?
Should we pay for that?
Is it anti-free speech if we don’t?

How would you feel about public funding for Scientology in universities?
Should we pay for that?
Is it anti-free speech if we don’t?

Hah, if they start to talk shit in the very first moment of their “academic research”, it’s clearly going to be shit and should be out of standard schooling system, as any other academic study.
Not the same thing that happened with gender-studies in our case, though. They still remain, and still exist, and still suffice academic standards.

I’ve seen also gender-studies that are not academic standards, here at CERN, Geneva, Swiss. It was funny. I will provide a link after I take a nap, unfortunately I didn’t save the link to read and laugh once in a while

Seeking truth is the line in the sand.
WikiLeaks seeks to set truth free, and so we support them.

I absolutely support whistleblowing. Just for the record.

Freedom of the Press’s response: 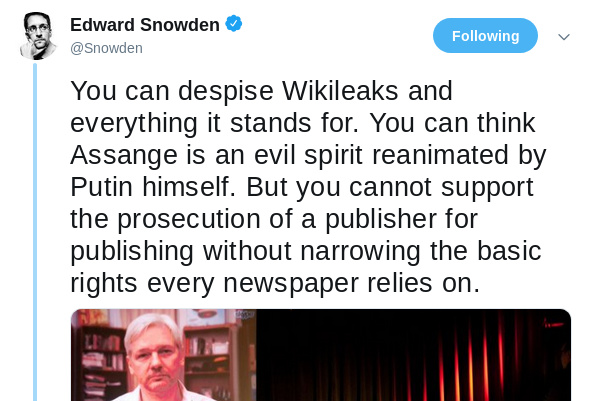 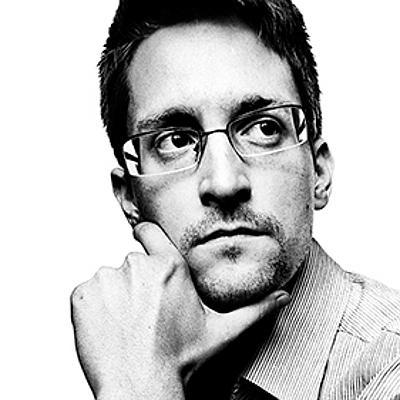 You can despise Wikileaks and everything it stands for. You can think Assange is an evil spirit reanimated by Putin himself. But you cannot support the prosecution of a publisher for publishing without narrowing the basic rights every newspaper relies on. freedom.press/news/prosecuti…
LMK (Laura) November 17, 2018, 12:14pm #15

How about a press release in support of the freedom to publish? It could warn of the dangerous precedent prosecuting Assange for Wikileaks’ publishing activity sets for journalists worldwide.

I’d feel the same way as I would of any sectional interest involved in funding some part of education. It is problematic, in the same way as the Australia Catholic University. I used to worry about Bond University, but it seems to have “mainstreamed” itself, so not a problem, really.

We can also worry about how many politicians, judges etc. have are informed or created in Catholic institutions, but that’s its own issue.

However, if an academic wanted to consider / review scientology in an academic context, well, whatever. I’d want to think they’re a genuine academic, without close connections to the topic, but that’s a hard thing to assess. I’d tend towards giving them the benefit of the doubt.

So, no problem if scientology is reviewed in universities, but not direct funding towards programs.

OK, not that I’m against coverage of this issue, but we do have domestic issue, into the copyright infringement assessment bill. In fact, I think that should take precedence. I am hoping that @AndrewDowning and @dcrafti can take the lead on that.

I’ve set up a pad at https://pad.pirateparty.org.au/p/Assange_Charged_under_seal for collaboration.

You can see it has my fingerprints all over it at this stage, and may encapsulate positions other NC members would not be comfortable with. Draft, subject to review and amendment, etc. etc. I’m quite happy to take others interpretations on how our policies would develop into a position as stated in a media release.

I’ll also need support in terms of proper formatting and converting it to pirate party graphics.

But there you go.

Laura, I do appreciate your input into party discussions. EXCLUSIVE: Lawyer for Wiki leaks founder Julian Assange speak out on possible US...

Jennifer Robinson, lawyer for WikiLeaks founder Julian Assange, speaks exclusively with MSNBC’s Keir Simmons about his possible arrest and extradition to the U.S.

This woman is my hero.