I saw a random sticker posted in the street which just said “Legalise LSD”. I found it quite funny, and got me thinking, that’s not a bad idea for a campaign.

LSD is a great example because we don’t have to worry about the “health benefits” aspect of the argument which seem to have taken over the Cannabis debate.

Why not just campaign for LSD just because we are adults who should be allowed to take substances which are not harmful if you do so responsibly, because we should be able to make our own choices?

*Note LSD has harmful effects if you don’t do so in a safe environment to be protected from physical effects in case you get a “bad trip”. Bad Trips are more severe if your dosage is higher. You are more likely to have a bad trip if you suffer from mental illness. There is also risk of long term effects like Flashbacks of Bad Trips, or trigger a mental illness.

Disclaimer: I have never actually taken LSD (or any illicit drug for that matter, not even tried a cigarette, have never got drunk and don’t drink coffee), but I think that we should still have a right to do so on personal choice grounds.

If you’re looking for a drug to hold up as an example of harmless but banned just because it’s hallucinogenic, consider Salvia Divinorum instead. Effects are entirely short term, it wears off in under half an hour, it is not a party drug, and as far as I’m aware there is no evidence of any threat to public health or safety. But Australia was the first country to ban it because it “had potential to be abused”.

MDMA is another good candidate

Our proposed drug reform policy at the policy development meeting back in 2013 goes down as the single most controversial policy we ever debated. The people on the working group, including @AndrewDowning, @MarkG and myself argued for a more liberal drug policy than we got, it was obvious on the floor of the meeting we were going to lose the vote, so we removed the second sub-point here in order to have a drug policy at all:

Substances which are non-addictive and have a reversible impact on the user will be legalised, i.e. removed from any schedule that prohibits their use.

I doubt enough has changed within the party that we could get the extra clause up at the next congress, but if there is general support it may be worth putting forward again, or something similar.

I support the legalisation of all the drugs mentioned so far in the thread.

MDMA is another good candidate

This would be the easiest one to take on, lowest health risk, widest popularity, stupidest prohibition (along with Salvia, but Salvia isn’t as popular). LSD has much stronger effects, but neither really compare to too much alcohol (a previous next door neighbour died recently from multiple organ failure due to alcohol poisoning, she was only 30). If you use alcohol as a yard-stick, most drugs should be legalised. 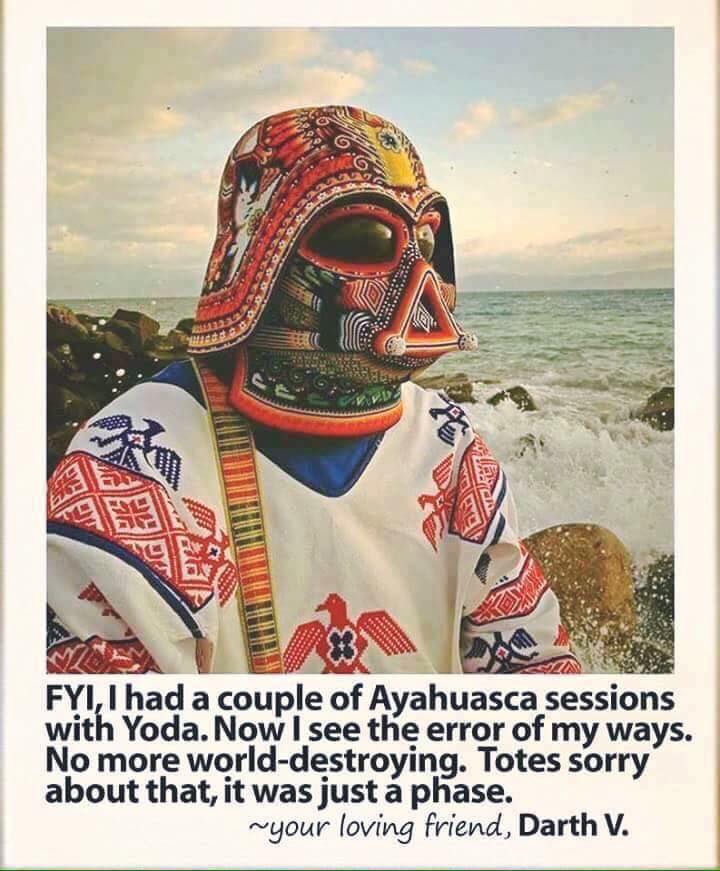 [Edit] Here are the most recent Australian drug use statistics.

Cheers Frew! I don’t think that thelose passages are explicitly needed in our policy to change it’s meaning, but I would certainly support it as an amendment!

i think definately legalisation of some of these drugs would be attractive to some greens and small l liberal voters.
Ayahuasca and DMT are in the YouTube zeitgeist

DMT/Aya also has the benefit of potentially creating an industry of people who can make the stuff and also shamans who can protect people while they take it. this is a low skilled job and Australia has DMT in some of our native plants. it could sit well in the job program with guidelines for efficacy and perhaps inspection like the health department does with restaurants and medical provider to ensure hygiene standards. It also has the benefit of opening minds to different political thought like the Pirate Party might benefit from. I think the lack of a consensus before shouldn’t prevent progress in this space.

it could sit well in the job program

Hahaha but politically perhaps that is a step too far to advocate for. Without mentioning drugs together with Job Guarantee, it would still be possible though as one of many potential jobs.

haha yeh itd sure trigger the conservatives.
it could also be considered a job to be the psychonautic scientist explorer, exploring the inner spiritual/psyche worlds and obtaining information from the machine elves, so long as you reported on it afterwards.

A possible way to make legalisation more acceptable to the general public is if we adopt a similar system to pharmacy store scripts (The doctor to the pharmacist).

The advisor is a registered expert that does not need to be trained to a doctor level, but is there to simply keep track of the changes to your body and mind due to these drugs. They can then authorise you to take a certain safe amount. Or direct you to a doctor upon bad effects.

With the scrip, you can head to your local recreational drug store for any drugs categories that your advisor allows for.

You can then say this will create new job categories

That brings up the very salient point of “there needs to be someone who knows how this could interact with any medical drugs” — and to my knowledge, that means regular pharmacists.

That brings up the very salient point of “there needs to be someone who knows how this could interact with any medical drugs” — and to my knowledge, that means regular pharmacists.

There is a hurdle with medical ethics and I don’t know if this applies to Pharmacists too along the lines of recommending or allowing the use of a substance which has no medical benefit. To overcome this problem you need a parallel system which has all the necessary training as you’d expect from a Pharmacist or Doctor but with the ‘medical’ portion taken out of the equation.

To overcome this problem you need a parallel system which has all the necessary training as you’d expect from a Pharmacist or Doctor but with the ‘medical’ portion taken out of the equation.

Hmm. You wouldn’t happen to be describing a organic chemist perhaps? I’ll bet the Petrochemical industry is full of them…Pirates in bed with [rest of the line sort of writes itself?]

I don’t know what that is

I don’t know what that is

Esters, Ethers, Alcohols, and so on. Surely some of this stuff sticks?

Esters, Ethers, Alcohols, and so on. Surely some of this stuff sticks?

It rings a bell, but I wasn’t a top student either

Surely some of this stuff sticks?

Sticks for me. But then, I sat in on first year chem lectures at university too (still quite a few years ago) despite not being my field of study because they were so damn interesting and entertaining.

There is a hurdle with medical ethics and I don’t know if this applies to Pharmacists too along the lines of recommending or allowing the use of a substance which has no medical benefit.

How does that work with most cosmetic surgery? Generally no medical benefit there.

How does that work with most cosmetic surgery? Generally no medical benefit there.

hmmm good question. “Self-esteem?” [insert token appointment with a Shrink]. Perhaps some other ‘medical’ excuse could fit in like “the freedom makes me feel complete as a person and prevents me from getting depressed by not having access to it”

As a long retired Alcohol and Drug “Counsellor” I would ask; what difference is there between any other recreational drug and beer?